As I'm rounding up and finishing the guts to the upcoming book Screw Comics! 4, I had a realization. It's taken me six long years, from idea, to pencil-to-paper, to inks, to scans, to greys and finally to the layouts. Clocking in at nearly 100 pages of new art and comics, Screw 4 is my best book yet. But I felt something was lacking. Sandwiched in the middle of the those six years was the very turbulent, disgusting and disturbing Trump administration, who day after day topped their latest atrocity with a new one. Seriously, every day was new shit to be upset about. For four years. And in those four years I felt my own anger and outrage, as well witnessed those around me get fired up, by the various shenanigans stirred up by this raft-of-floating-shit-of-an-administration as they steadily and reliably ran this country into the ground. And yet, there's not a hint of it in the book. While there's certainly themes within the stories that do reflect our society, there was no hint of any specifics going down. Indeed there was so much to be pissed about by the time you finished a cartoon or comic admonishing one atrocity, two more would have popped up.

I guess I recognized this from the beginning and decided to not even try to tackle any of that. There's plenty of other cartoonists and progressive heads out there that can better articulate how I feel, and in a far more timely manner. Still, there was this empty void. I simply don't want to let my readers think that I wasn't paying attention or that I didn't care. I believe as an artist I have a responsibility to address issues I feel super strongly about, to bring attention to grievances and injustices happening to the groups of people I belong to. So as I was compiling the guts of Screw 4 I simply sat down and described the process of making the book amid the chaos and media frenzy that was under way. It became a 4 page intro to the book, and drawing the panels, each representing a year, was not only fun but also puzzling at the same time, as I try to include the more pertinent occurrences of that year. I also tried to include more obscure/pop references such as the mummified monk, or Bong Joon-ho making his Oscars kiss. And certainly the death of the app Vine is a definitive mark on this upcoming generation, stuff like that, as well as personal milestones, like getting me getting married in 2018. Needless to say there were too many shootings to include. Go figure, America.

So here are the years posted in panel by panel, as I shared them on my Insta. 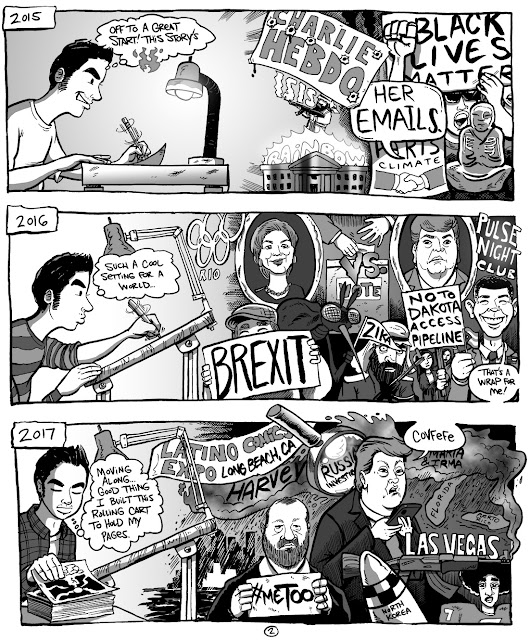 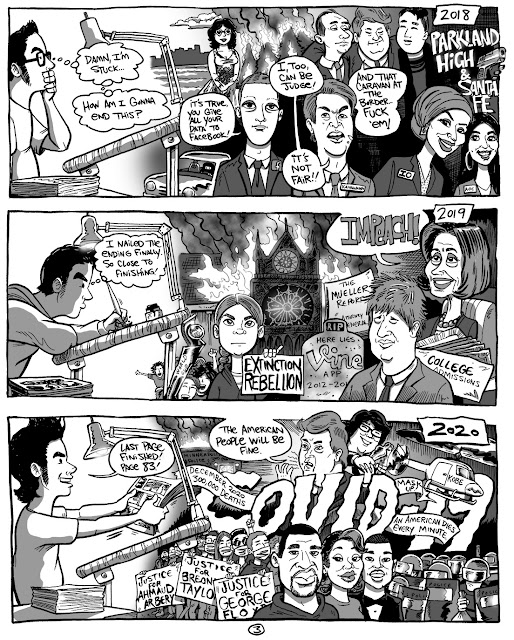 And then to top it off I depict the year 2021 as an giant, engrossing Abadox monster. At first I thought this would come off as pessimistic, but a few days in I had nothing to worry about. 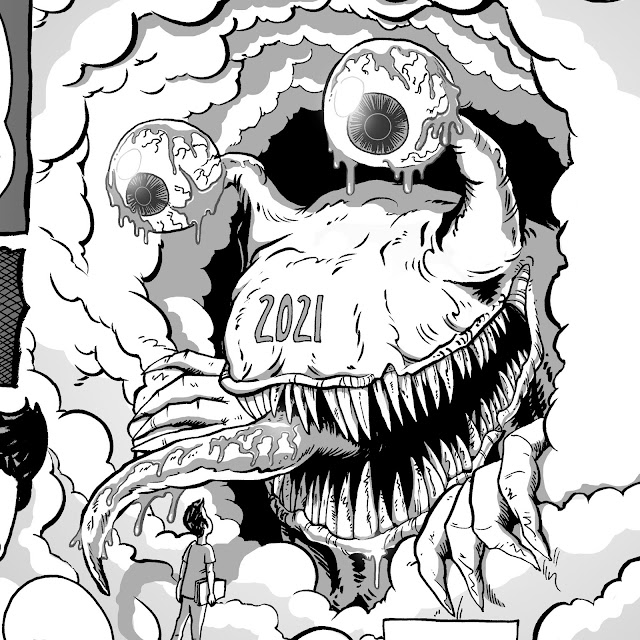