Welcome to the new decade. So, if you’re not aware I took an entire year off from my regular monthly website updates. This wasn’t a particularly planned thing, something came up. That something was a graphic designer position with the city. This opportunity popped up and I jumped on the application process as soon as I could, and true to form the city took it’s time in handling it. I applied late January, and then they retracted to position. As I was in contact with a hiring coordinator she informed me that the position would now become two positions and they would be up and open to the application process very soon. Those two positions posted up in June, nearly half a year after the initial job posting. Like I said, the city took it’s sweet time, which is actually expected. In that time of waiting I decided I needed to “clean up my act” online and IRL; social media became anonymous and privatized, I switched up my chemical intake so I was sure to ace the initial drug screen upon hire, and I stopped posting here because I didn’t want it to be so hot that this is my website.

My posts from the last few years have been relatively safe so I wasn’t too worried about hiding any content, and I sure didn’t want to privatize the whole site because then my online HQ would be gone.
Half of 2019 I played the waiting game; waiting to hear back from the initial posting, waiting for them to post the two new positions (that took a couple of months), and finally waiting to hear back from the second application. Couple that with the detox I was going thru and it felt like an eternity. All in all, I didn’t get the job. I didn’t even get an interview. It’s par for the course for me, I NEVER get interviews. It’s a wonder I even got this job that I have currently. Can you blame me for being skeptical of the whole online job application process because I’ve never been offered a job interview? Starting with teenage job ventures to the post-grad frenzy of weeks of endless searching and posting and silence, to half a year ago as I sat patiently and anxiously checking my “professional” email inbox and coming up short each day. I’ve never applied for a job online with a result of getting an interview. Not the job, just an interview. Ever.

And so in the process of keeping quiet online I inadvertently stopped updating my website. My goal is usually to do at least one post a month to keep it current and to encourage me to keep holding down the art front. January passed, then February, then March, etc etc. The next thing I knew it was summer and I still haven’t updated this site. I decided then I’d make it a full year, keep it clean. But after that year I’d have to step it up a bit more (hustler talk for I’ll let it slide now but I gotta churn out more posts and content later).

It hasn’t helped that most of the work I’ve been producing all year is going into future publications and/or it’s client work that I can't exactly post all willy nilly. But in that slack of not having to post my nightly workings in the studio gone was the urge to complete anything in a more timely manner. Without monthly updates the sense of urgency waned and suddenly I have all the time in the world. That’s not good. I mean, it’s not bad either and shit could be worse, but that definitely doesn’t help. So this year I must, I MUST resolve to set deadlines and stick to them! I have projects so old some are starting Kindergarten this year, while another is damn near graduating 5th grade. I’ve been lost in my comfort zone all year doing what I want without having to show anything for it. In the meantime, even personal and studio upgrade projects have been sidelined and put on hold because... 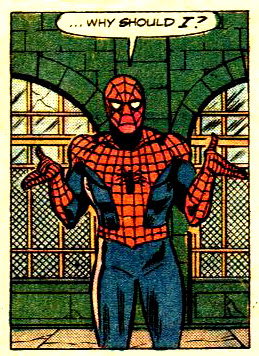 Studio upgrade projects include computer hardware and software upgrades, furniture replacement, lighting changes, and general organization and putting stuff away. When those projects get backed up it also makes it really difficult to press forward with the art projects.

Everything stays the same, nothing changes.

With the onslaught of a new decade here I am more than ever acknowledging that the time for change has come. Things have been fine getting done the old way but it’s time to step it up and change things around. Out with the old, in with the new. It’s time for new hardware, new software; more space in the studio, more light; it’s time to box up old media and other junk I don’t use, on the computer and IRL; time to archive old work and put it away to clear up space for the new work; it’s time to update this website and change how I use it and adapt it to how you use it. There’s no better time than now to evaluate and streamline the good ol’ work processes. Clearing out the clutter of the workspace, both physically in the studio and on the computer will do wonders for my headspace (and yours when you tackle your own cleaning). I’m looking forward to freeing up the RAM in my mind to focus on the new goals instead of dwelling and holding onto the old stuff. I’m looking ahead to completing projects so they can move on out and I can start the new ones. I’m ready to begin the block by block eradication of the clutter of ideas I have that has been piling and piling up like a runaway game of Tetris.


So with that in the coming months expect to see changes happening around here. I intend to change this site up a bit, the graphical design but also the tactfulness and practicality of it's functioning. But if you think I'm ditching this to focus on a social media account you're high as hell. More than ever before I'm more firmly rooted in the idea that an artist should have a web presence separate of a social media account(s). It's not just a professional stance but a more mental-health conscious one. The internet used to be a big wild world and we used to actually surf it, but this last decade social media conglomerates have developed and tweaked their apps to where the internet funnels thru it and not the other way around. When you get online you head straight to one place, and that one place feeds you internet news and info. Now your incoming information is tagged, curated and optimized specifically to generate ad revenue at the expense of your privacy and attention span. I think when you have your own website, you break away from that social media format. Your "content" (I hate that word in this context) now exists in it's own web space where it can breathe, expand and be explained rather than just be a link to an article somewhere hankering for likes and shares.
That's another thing, likes and shares don't necessarily translate into dollars and sales. And here we are hooked to our phones, checking our latest posts following the numbers like they're gonna cash out and turn into actual skrilla. And look, I'm not knocking any of that. I too love to check the number of likes to my posts, count my followers, see how many people have checked my stories. But what I'm saying is we shouldn't give everything to the conglomerates just cuz we can't not look at our phones for 5 minutes. The thing about surfing the web was it took effort and decision making; you had to think for second about where you wanted to click next. When all your info is funneled into a single timeline and all you have to do is scroll, it removes the very component you're supposed to use when wading through the information super highway, your better judgement. And with such a sedentary task surfing the internet is it's the one thing you could exercise and now that's going away.
Hence the importance of having your own web space; break away from the curated timeline; break away from the imposed limitations and censorship you find in these timeline sites; have a fully dedicated soapbox to espouse your views and opinions, fully formed or not, without having to word it down for a timeline update.

The funny thing is you most likely have found this post thru a timeline site. And I will continue to post these updates because, hey, that's where all the attention is. Don't get it twisted, social media sites have their uses and advantages. But considering how much they take from us (look how rich they are off of our info) and how they use information against us (the 2016 election etc) it's long passed the time to step back and look at how we use the internet to spread creative ideas, personal stories, and of course (gag) content.
These days it's easier than ever to buy a domain name and throw up a custom website. If your vision is bigger than a profile page and your content is more that just selfies and work-in-progress shots you owe it to yourself to stake a claim of land on the internet super highway. Stop "renting" on social media, making other people rich. Keep all those good ideas for yourself and your site.
And that's what I intend to keep doing. As the months fly off the calendar this year the posts will once again continue to stack up on this site. My site. Where I can say and write and post WHATEVER I want without an easy way to complain or report it. Where you don't need to sign into your account to continue reading.
In the coming weeks I will be rearranging the format of this site to be easier to navigate and find things. I'm gonna clean house and attempt to get rid of what doesn't work and update and enhance what does. This site has been up nearly 9 years and while strides have been made with technology and how we interact with the internet, I've mainly kept the format the same here. So while it's important for me to know how you'll interact with this site, it's also important to me to get the posts up and out the easiest ways possible. It's a learning curve, but I welcome it.
I'm also offering a big welcome to any new fans, followers, and fellow creators! Happy New Year!