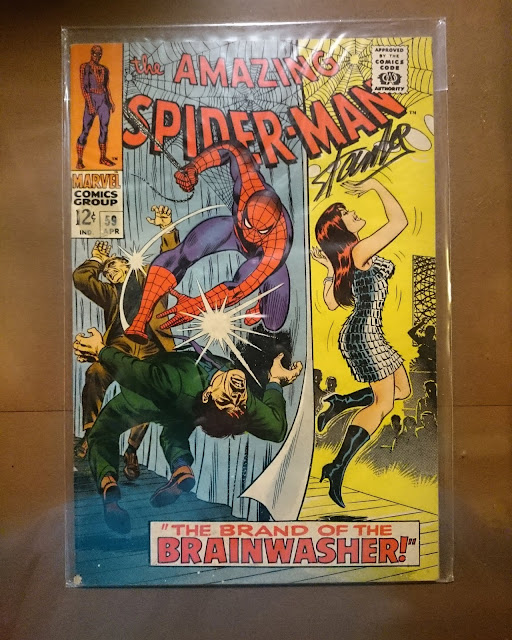 From my Instagram post:
I got this book signed years ago when Stan Lee made an appearance at a Dallas show I was tabling at. I knew there wouldn't be another chance so I shelled out the 80 bones after I frantically searched the con for this very issue.
Obviously he's a big inspiration for the legacy of story telling he's founded and coasted along with thru the years. But another thing that I find inspiring is how none of this cool stuff didn't start jumping off for him until the second half of his life. It's a reminder that even tho the years seem to go by faster each cycle as long as you work hard and take chances you never know what will pop off and when. That even as we grow older and fret that our best years may be behind us, something bigger than we ever imagined just might be over the horizon.
Thanks for showing us its possible, Stan.