Here's what I've been doing all summer: working on the main story to Screw Comics! #4

The name of the story is The Miscreants of Time and it picks up some time after Heavy Duty Judy & the Two PJs in Screw Comics! #3 as well as right after Screw Comics 1 story Smoke & Mirrors. So were gonna have a major collision of wacky characters; Armstrong and Blindside will meet Evil PJ and Dark Judy in a dusty, doomed parallel Earth and somebody's gonna die, I'll tell you that.

Here are some penciled pages. I usually have a broad idea where the story is headed or I'll work from and outline, so I do all my writing in the penciling stage. The drawings are also very rough to also speed things along. 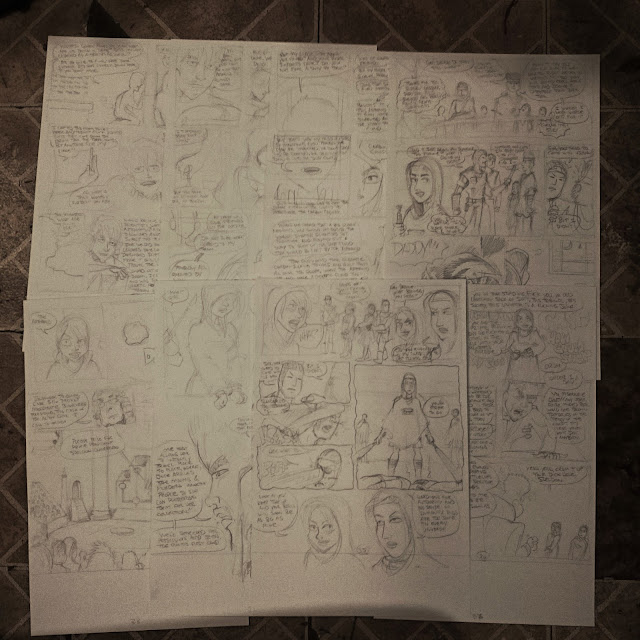 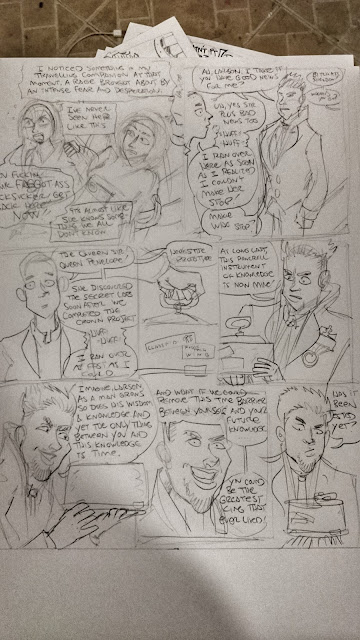 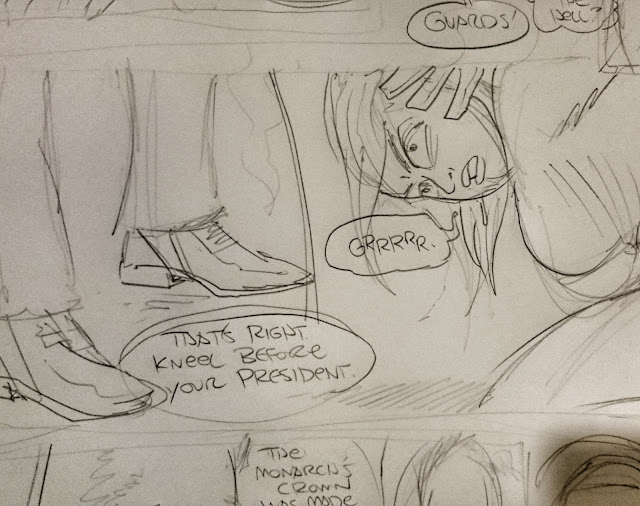 After the story has been read, and re-read and edited and all that, I'll reach a point where I'm ready to lay down some inks and do some permanent damage. I start with the lettering first, then borders, and then main figures. 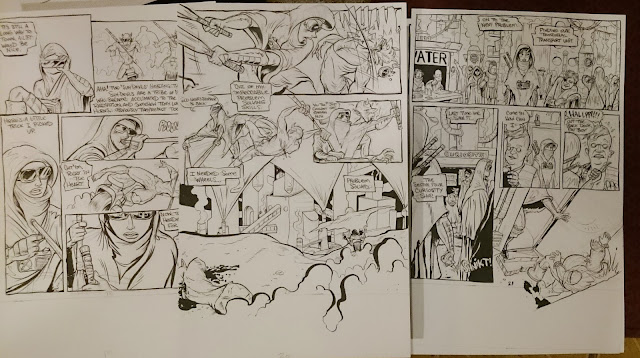 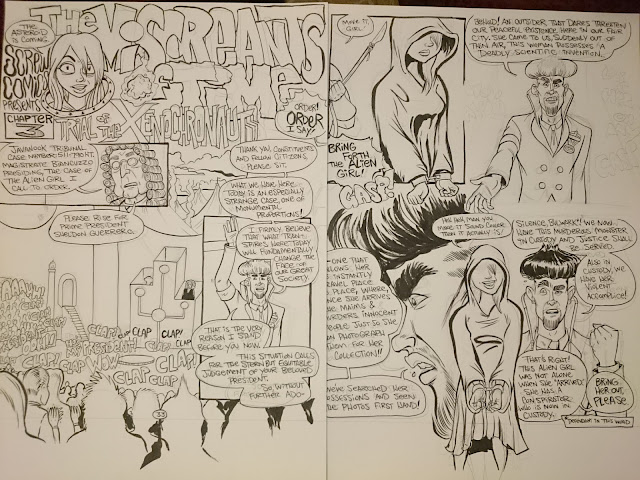 After this point I erase lines and then fill in all the heavy blacks. Sometimes I'll use an ink well and a brush to do the finishes. After that and the pages are practically ready for post-production. Keep in mind there are 4 chapters to this particular story. I'm up to page 40-something with the writing/penciling part. I'll still haven't written the ending yet, even though I know how it's gonna end. A lotta times I'll have no clue how the execution of the ending is gonna come out so I don't rush it, I give it time, and sure, enough the perfect sequence will present itself and I can give the story a satisfying ending.

I've got a few other stories in the works for Screw Comics! #4, as well as other projects on my desk. Just making the most of Summer time! 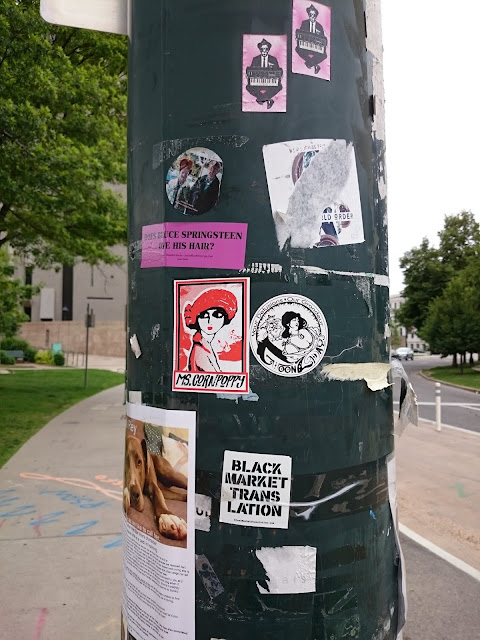