April draws to a close, and while this past Saturday we got a preview of Summer thru a relentlessly hot and muggy day, I'm not ready for it to warm up indefinitely yet. Seriously, the preview was this gross mugginess where outside is this hot vacuum. The sun wasn't even out as it was overcast and was inexplicably warm. It would have been intolerable if it wasn't for the ferocious wind blowing in gust after gust. A smoggy veil was cast over the skyline of the city, and hanging outside for a few minutes meant risking a dirty film on your dermis. But it didn't last long thankfully. A cool front blew in that night and the next day was beautiful. A complete 180.
As far as completed work I worked up my sliver of a design for the Pulp 21 crew and their upcoming t-shirt endeavor. 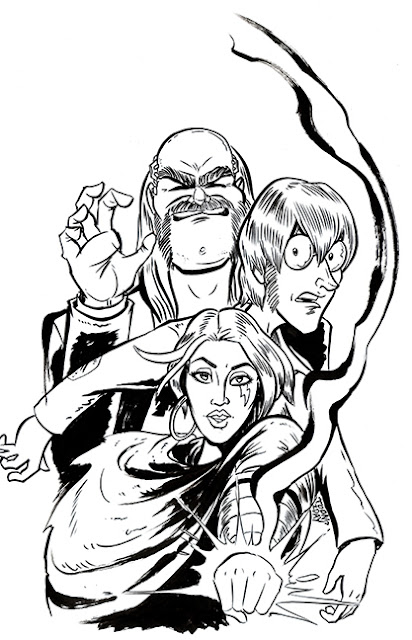 Not only that but the Zine Fest Houston 2017 compilation is coming up and there's a call to all the local recurring exhibitors. I do a two-pager every year, usually with nothing to do with my current work but as a separate entity, but as I've been charged with a butt-load of creativity as of recent and have been moving ahead with the main story for Screw Comics! 4 I decided to send in a two page Preamble of sorts setting up the one of the worlds of the story. Of course, here it is! 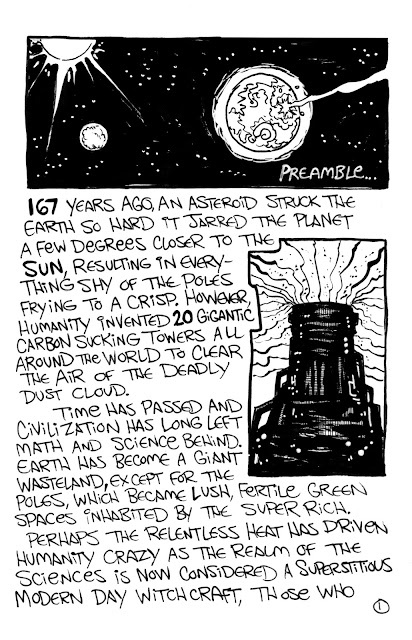 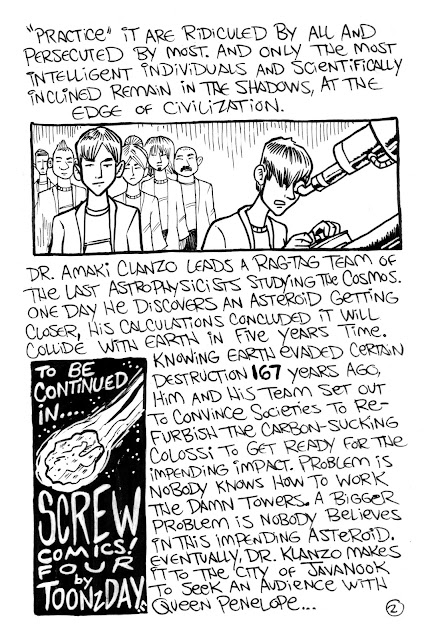 Quite a set-up eh? Of course this is just one of the tropes of the story and it's not even the biggest one. As you can see I've been having a good old time with my white gel pen, that's been allowing me to lay the white ink over the solid blacks apparent in the stars and the "to be continued" text. 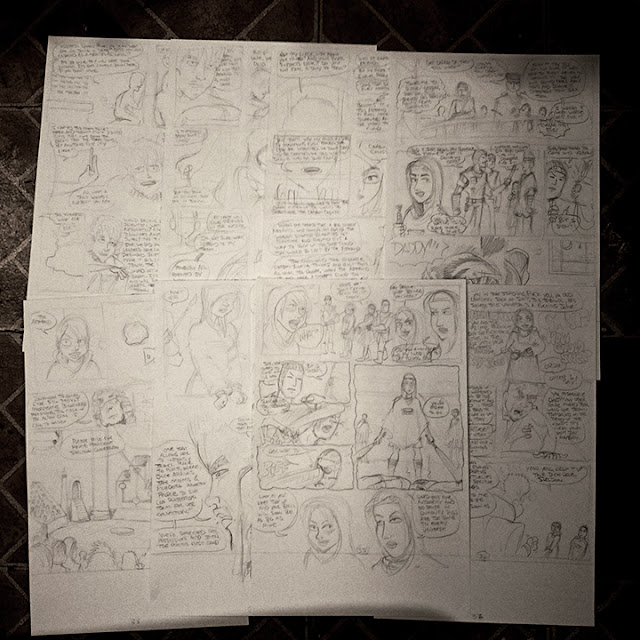 8 pages penciled and written in 3 days. See what I mean burst? Sure pencils are really rough; I do most of the work in the inking process. Here what counts most is the writing. I'll read and read thru the new pages and make amendments as needed, usually simplifying dialog or emphasizing points and attitudes leading to more convincing character development. You know, how writers work! At this rate though, I'm sure to have Screw $4 out by this Autumn. Here's hoping! 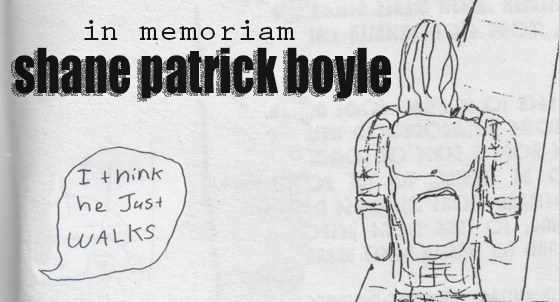 Last but certainly not least some info for Shane's memorial: Saturday May 6th, 4pm-6pm, Live Oak Friends Meeting - 1318 W 26th St, Houston, TX 77008. I had the honor of designing the above banner, scanned from Shane's work. Click it for more info, the FB event page.

EDIT: We managed to record audio from the memorial which I'm compiling into a podcast for friends that couldn't make it. There was a lot inspiring stuff and touching stories about Shane, and he will never be forgotten. Along with this I've also expressed interest in helping with collecting, archiving and putting together a Shane omnibus, a fat book of all his (self) published works to be sold at events and whose proceeds will go to a charity, possibly to help other artists and writers start their own zines or maybe help those who need it pay for their insulin. Of course it's all speculative, but in light of his passing we all feel inspired.

UPDATE: Here is the audio from the Memorial, download or stream while it's in my DropBox. Click Snoopy. 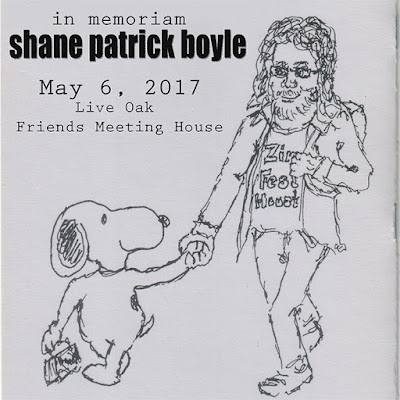 I had two mics set up but one cable was old and giving me hell, so we only had one decent mic. Still can hear many of the people loud and clear. Many inspiring stories, peep it.