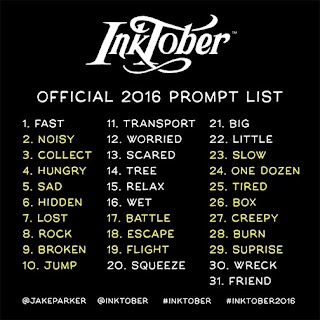 This year's prompt list. It's not mandatory to follow, by any means, but it makes for a great jumping off point to come up with some interesting ideas. The highlighted are ones I completed this year. The middle of the month I was a bit preoccupied (see last post) but I think I turned October out nonetheless. 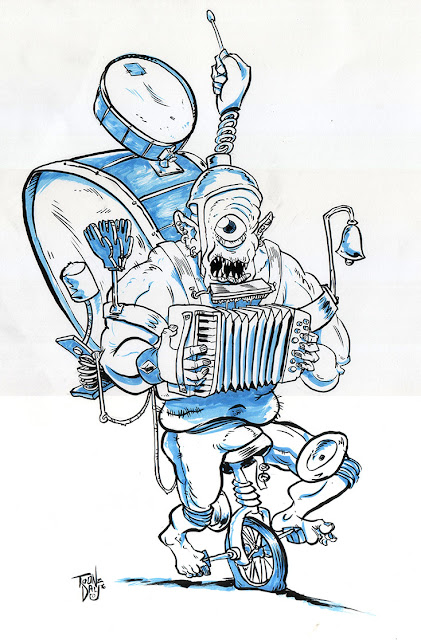 A noisey-ass One-Man-Cyclops Band. I imagine he doesn't smell very good either. 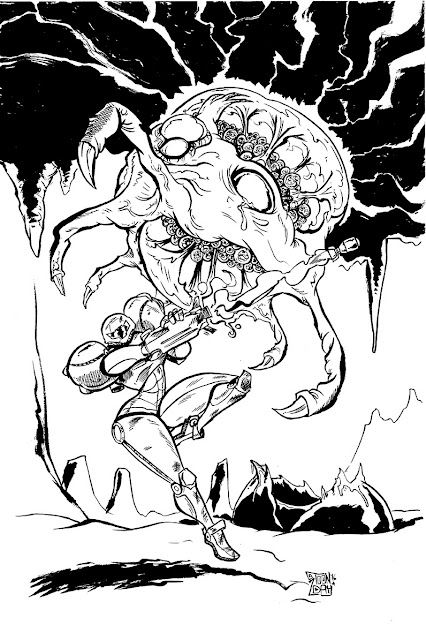 Inspired by AM2R, gotta collect all them Metroids...and EXTERMINATE them. 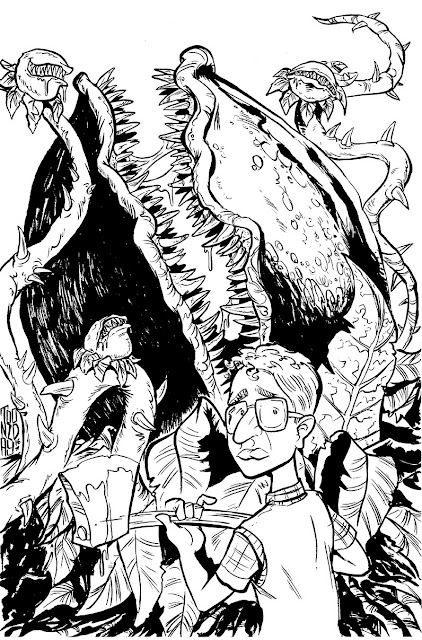 Feed me Seymour! Audrey 2 at the Little Shop of Horrors is hungry. 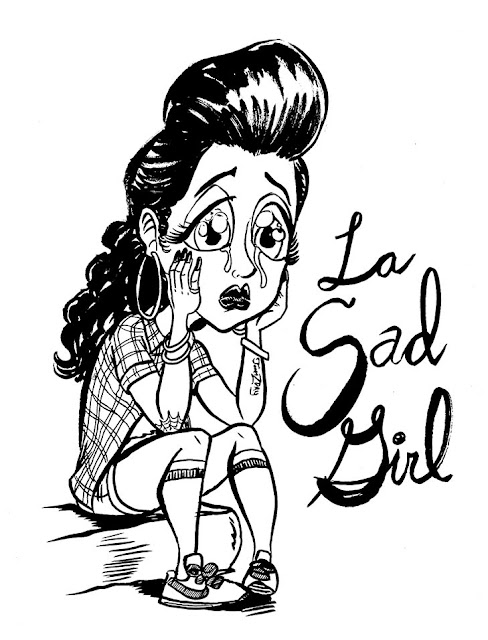 Why you so sad, La Sad Girl? So sad, so very very sad. 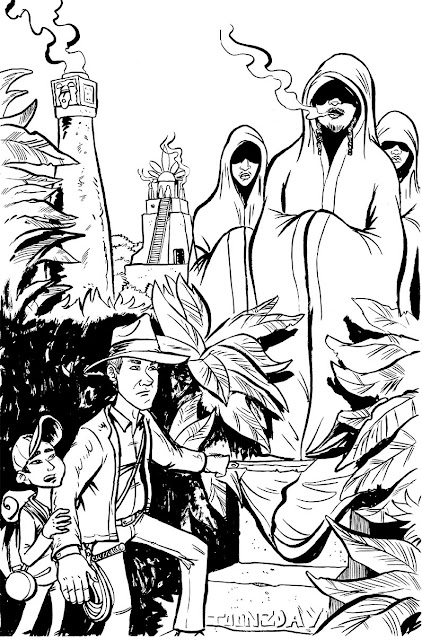 Indiana Jones and the Secrets of the Hidden Temple: in this episode Indy stumbles into the jungles of south-side Houston in the mid-90s and meets a local rap group, the Blac Monks and learns a ton of life hacks and smokes a lotta dope. 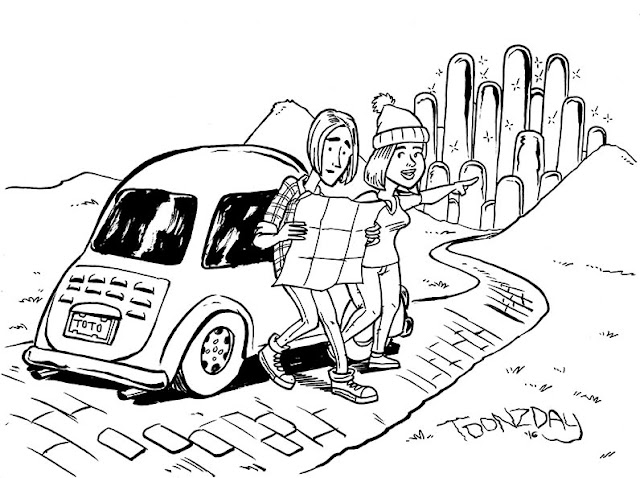 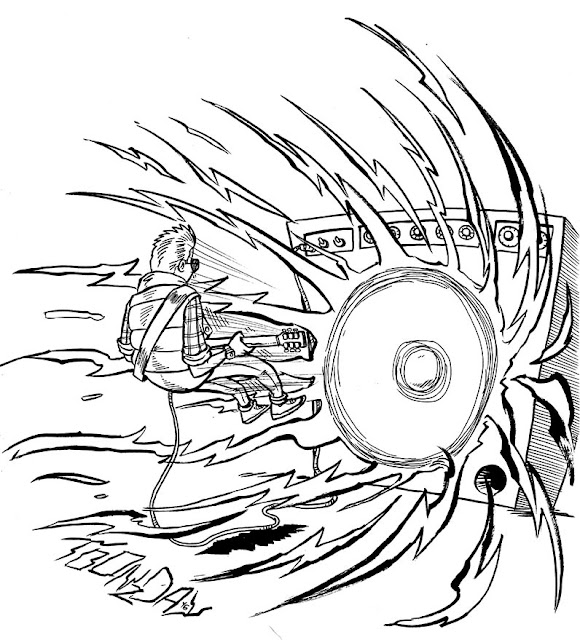 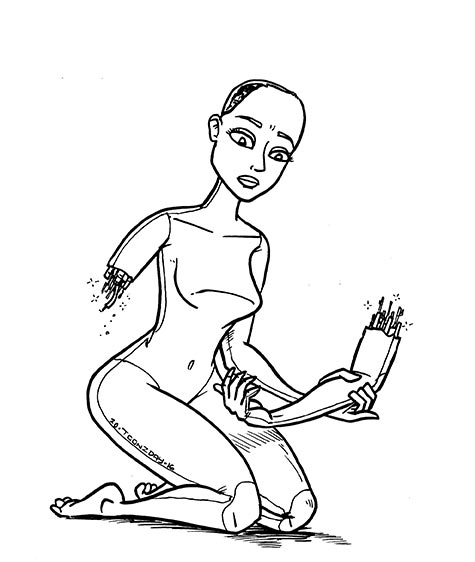 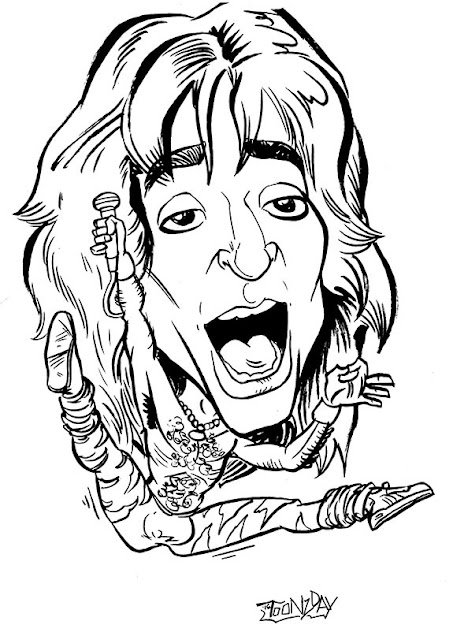 David Lee Roth caricature. JUMP! A lotta people drew him on this day. 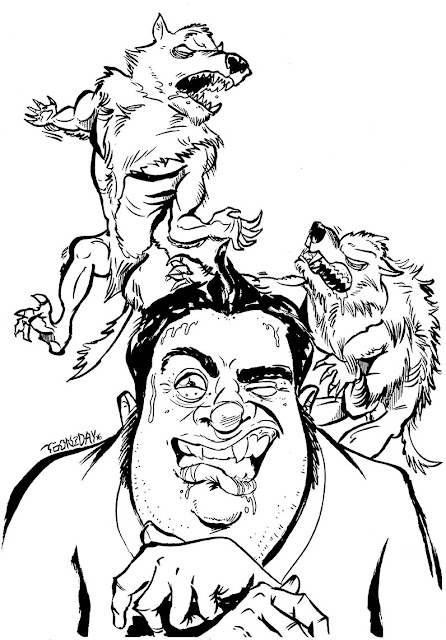 The old cliche of the two wolves within a person: the wolf of good and the wolf of evil, which one wins? Whichever you feed more...ooohhh! 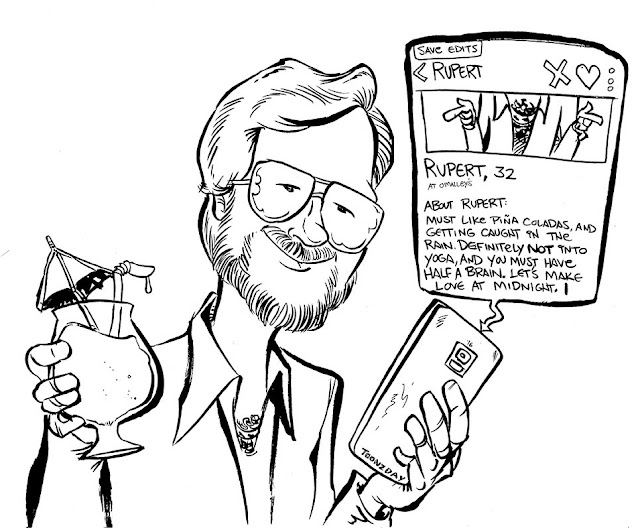 That Rupert Holmes song Escape always trips me out. Placing an ad to meet a new woman to leave your current woman and [spoiler alert] it turns out it was your current woman all along. And then you both just laugh it off and somehow your boring relationship you were trying to escape is renewed and it's all good after all. 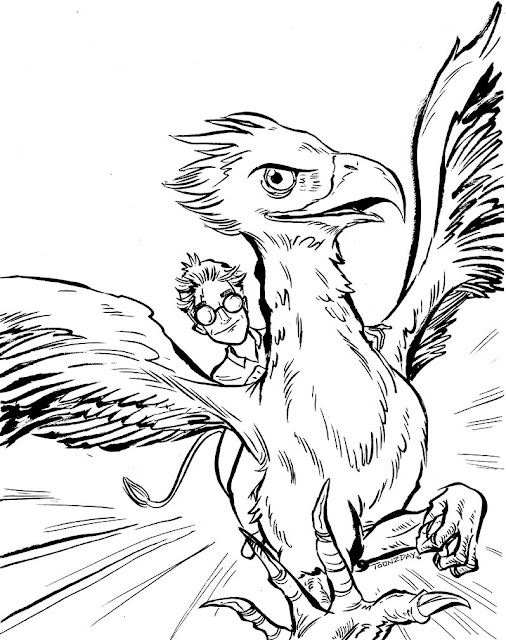 Harry Potter and the Flight of the Hippogriff. 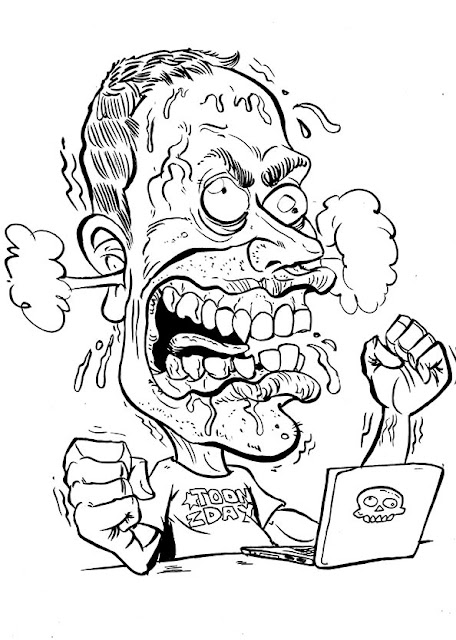 When the internet is slow. 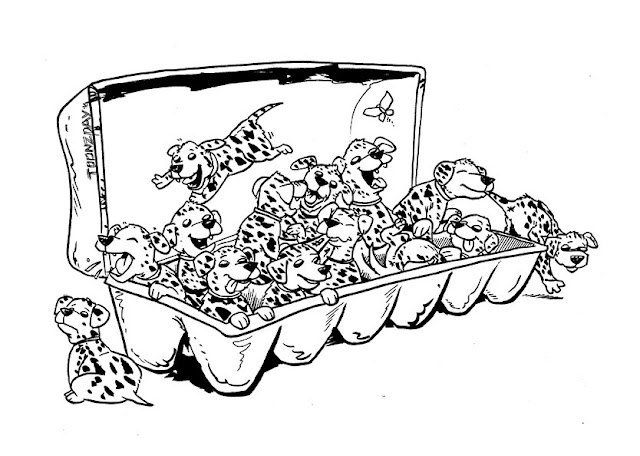 A Dozen and One Dalmatians. 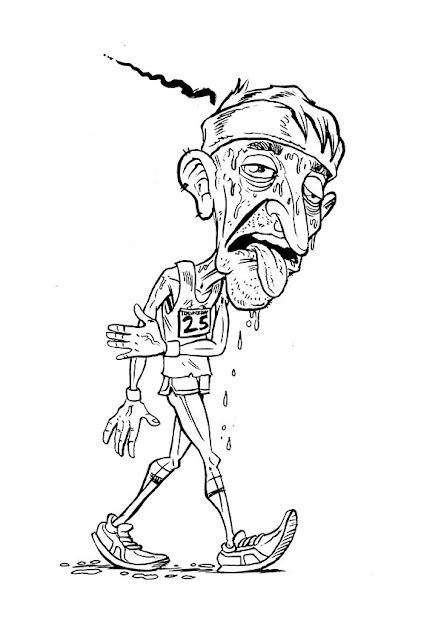 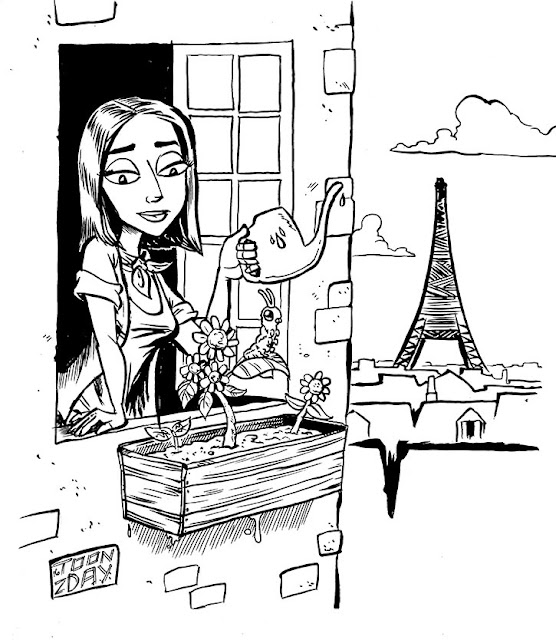 The View from My Flower Box. 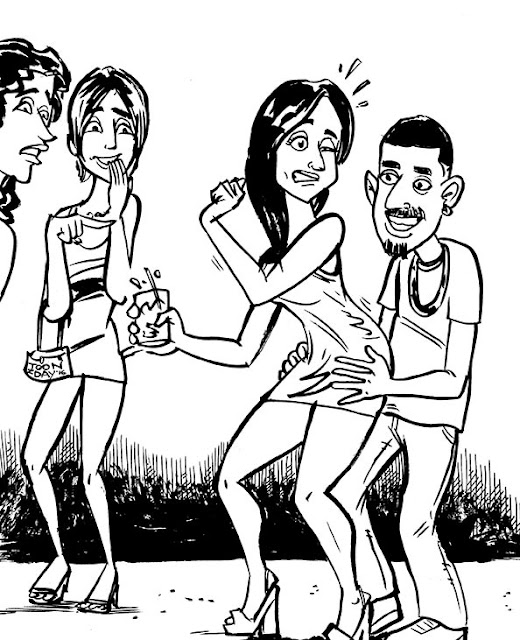 An Ode to the Creepy Guy who sidles up behind you and let's you grind him at the club. 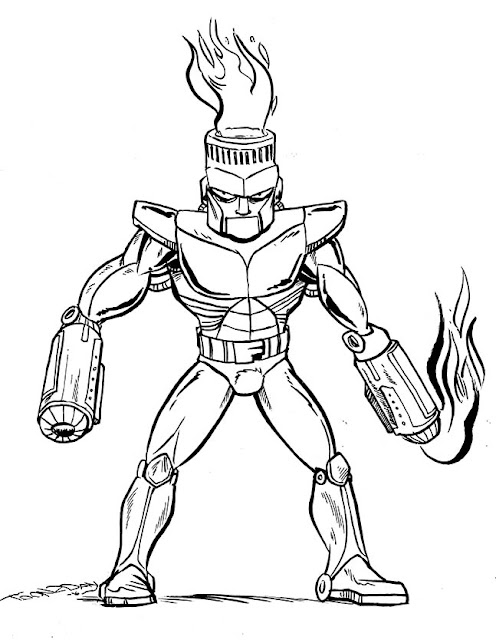 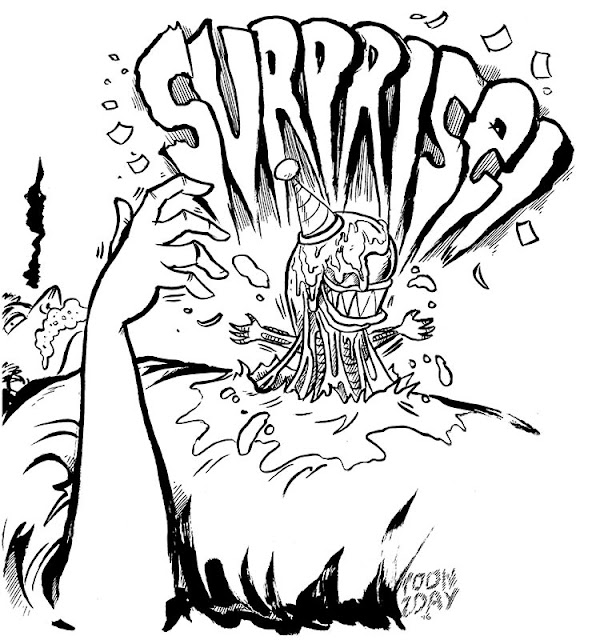 Surprise! It's a little alien! 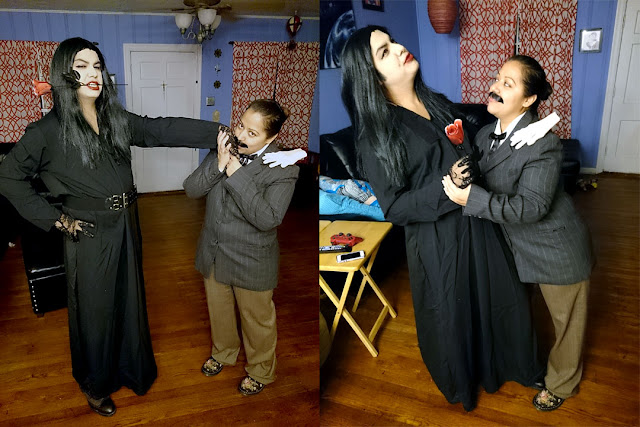 And you made it to the end. Here's Morticia, and her cute lil' hubby Gomez, of Addams Family fame (duh!)
Happy Halloween!