It's once again time for my yearly Comicpalooza run down. 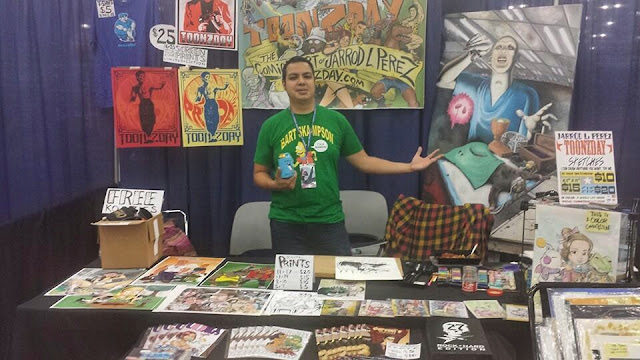 This year I decided to expand inventory so I bought a handy canvas rack to hold the 50 or so original pieces I recently excavated. Yup, I went thru my archives and dug up 50+ illustrations, drawing, and sketches, bagged'em up, priced 'em and put them up for sale. So much to dig thru you're bound to find something you like.
Here are some of the sketches/commissions I did for folks: 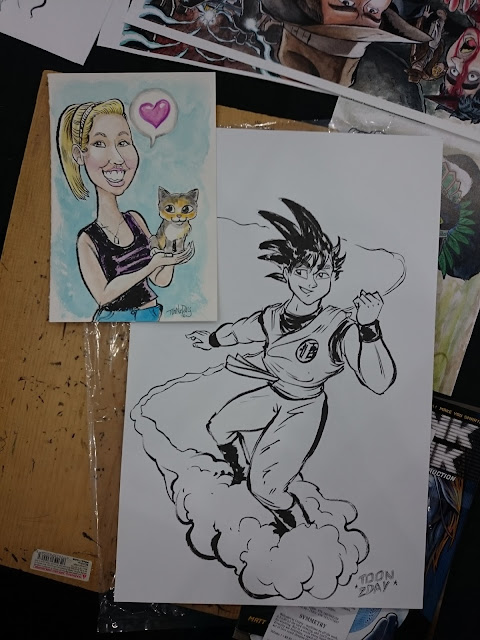 Goku and a caricature 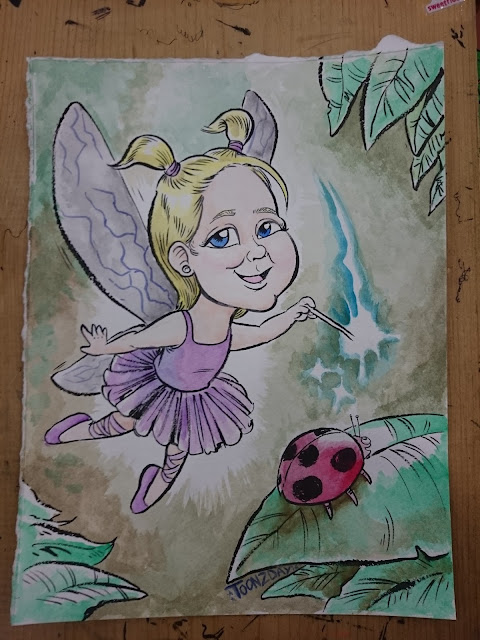 Caricature of a toddler

Here's my piece for the live art auction, it's a helluva mash-up 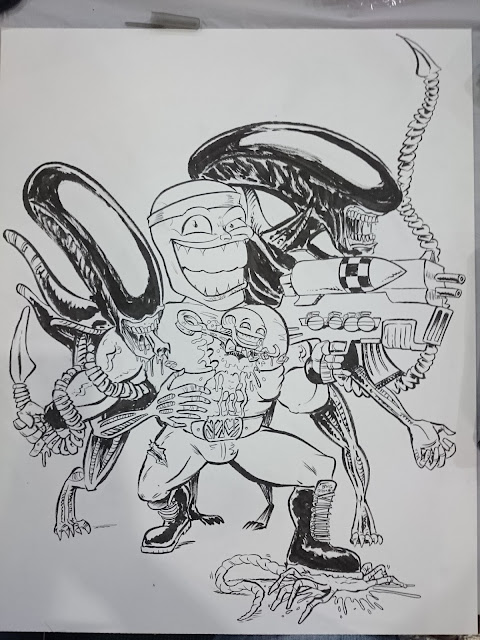 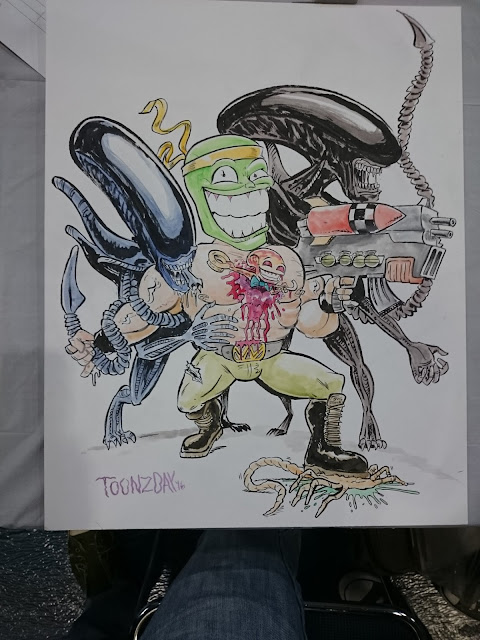 Been reading the Mask Ominbuses. Such an interesting character; anybody who wears the mask is virtually indestructible, and he can summon any accessory needed at a change of a panel. Who wouldn't wanna see him goof off and slaughter hoards of acid-blooded xenomorphs? And it helps that their published by the same label. 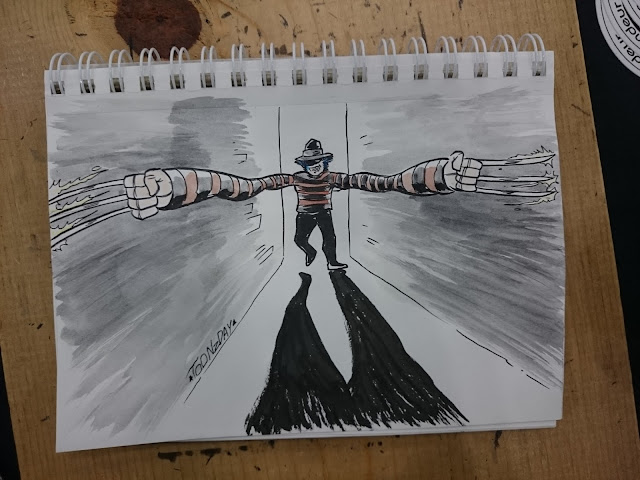 My folks that brought over the Batman vs. Jason sketchbook a few years back also came around with their Wolverine vs. Freddy sketchbook for one more round! Loved this iconic scene, but I think I made it cuter than I remember. 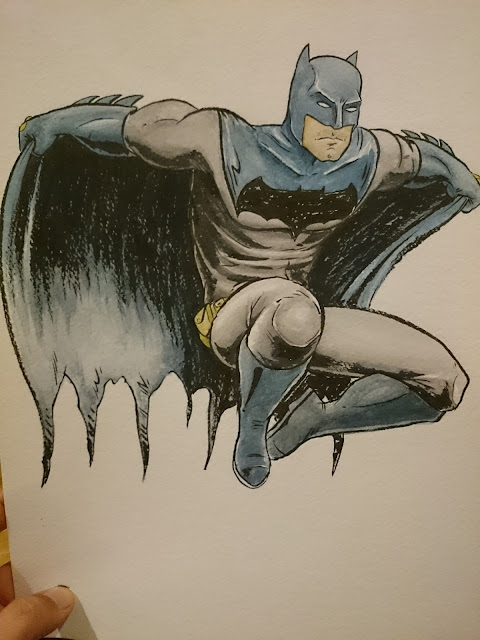 And of course a new piece for a big fan of mine who comes and hangs out ever year.

I also debuted those new Bruce Lee styled Symbiote Pride screen-printed posters. They were well received. I'll have them up for sale on here real soon, and I'll throw up some process shots as well.
This year's show went off without a hitch, and although the convention center was under a bit of construction everybody had a swell time. To wrap up the weekend the handle to the hatchback door on my van cracked in the tiniest spot rendering it useless. I had to load and unload all my stuff through the passenger side door in the sweltering heat. You won't believe how much fun that was!
Next show for sure is Zine Fest Houston in November. Unless I can snag a table or two before then...

Got some comic projects in the works, not to mention I've been polishing up some developed stories of mine. It's been an exciting if not draining summer. Now starts the last third. Hope ya brought sunscreen!