It's been a fantastic beginning to the year as far as print-making is concerned. Not only have I got two new sticker designs printed (and another designed) but I also have some new poster art, ready for some new posters to be made.

First one, "Delusions", came from a public domain illustration I found in, get this, the New York Library's Digital Collection, host to all kinds of archives on art, prints, photography and other various documents through out time. It's fun to get lost, give it a shot. 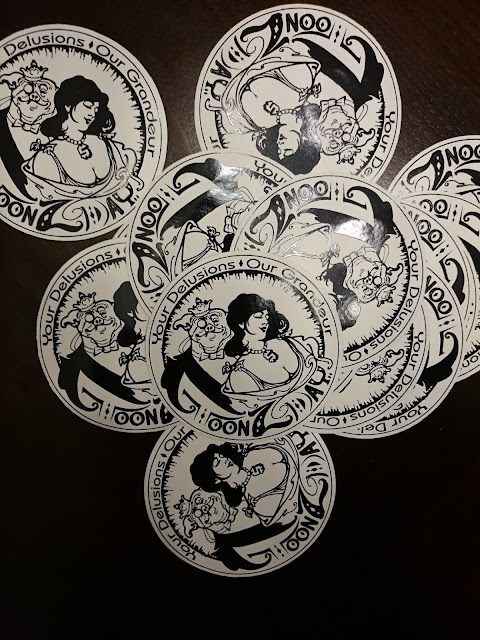 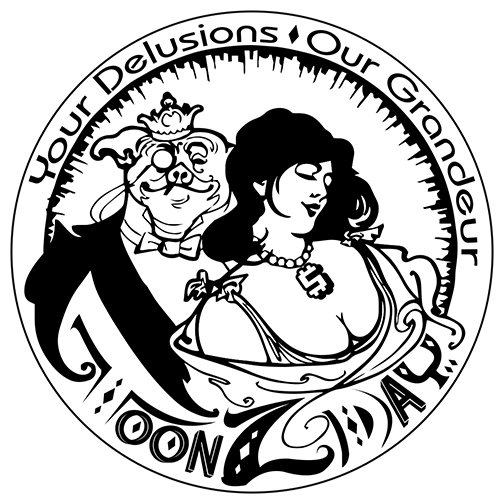 The characters look very aristocratic and are not giving a fuck. The women has her breasts out, a nod to how we as a culture love "tits" as sexual objects, but get weirded out when we see someone breastfeeding in public. The man is a straight up pig, which denotes anything from (corrupt) cops to corrupt politicians. The phrase juxtaposes a fantasy and reality. Our culture adores opulence and vanity. People will even go into debt just to live a rich lifestyle or at least look like it. People like to dream about being rich, but these characters are here to remind you that you are not and you will never be. As a whole I want to remind the viewer that there is a rich class and how this rich class has a real power that affects you and your surroundings on a daily basis. Stuff like gentrification, income inequality etc. I want to remind the viewer that while you scrimp and struggle to make it in this country, this culture, there's a class of people that have it obscenely easy.

This next sticker I've had for a while, I wanted to release it when he was still on the throne but alas I was too busy being broke and jobless. But even still, it's such a cool design. I updated it to reflect a more current status too.

The update came in the form of the words "Saint Hood", commenting on how some former popes go on to be saints, because of some proof of miracles or some bullshit, and how this guy probably won't make that status. The words are also split to allow the words to work individually. "Saint" sarcastically refers to him as good even though some Catholic church priests have infamously been proven otherwise. "Hood" referring to the gullyness, shadyness and underhandedness that may or may not have been the deeper reason why he resigned. 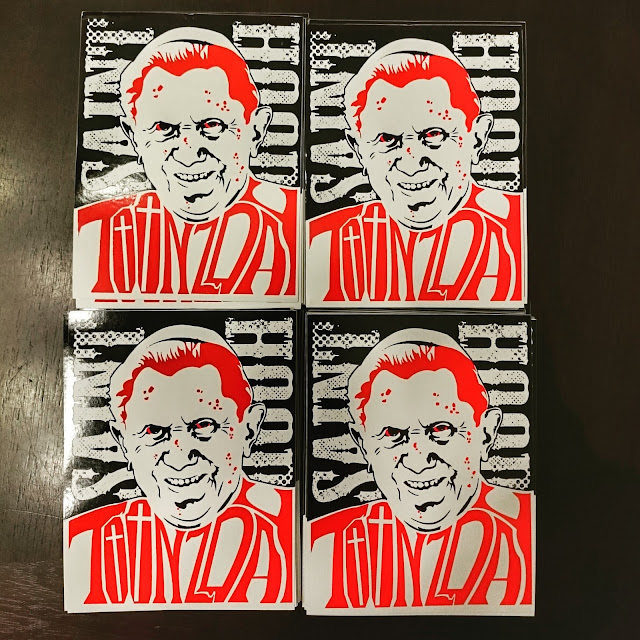 And finally, the poster! I saw this image in a dream a few years back with the phrase "Symbiote Pride". I drew a picture in a sketchbook and forgot all about it until recently.  Deciding I wanted to bring this image to life I started scouting Bruce Lee photos. I found the stance and I found the arm positioning in two different pieces. Carefully fusing the images together I created a perfect composite. See people, my vector art is not just taking an obscure face and running the Photoshop cutout filter on it. It takes some serious photo manipulation skills to craft the image as you need it.


Because I was going with an Eastern type theme I thought I'd scrawl Symbiote Pride on a well-recognized symbol.

Combine the two with a few other graphic elements, and you got yourself a dope poster! 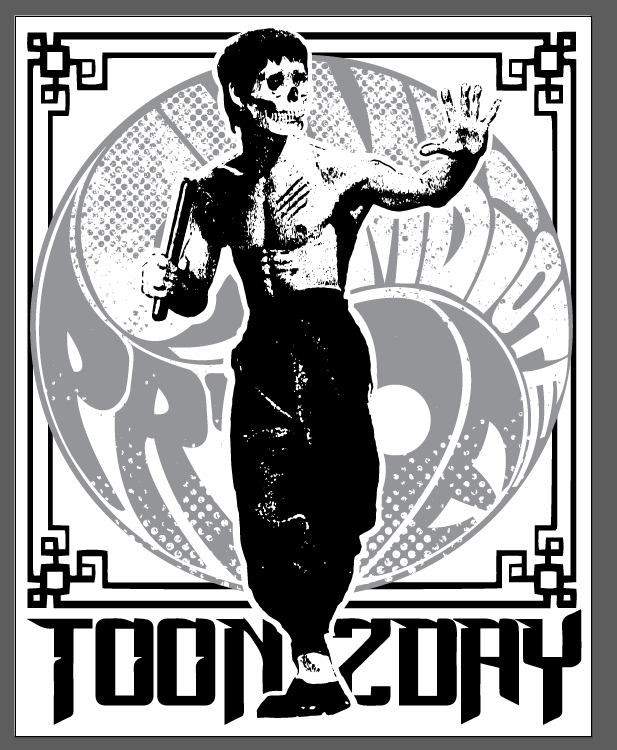 I'll have some for Comicpalooza this summer. I'm thinking in black and silver, like above, but also a variant color set TBD.
Stories for Screw Comics #4 has been in the works. This story picks up where "Heavy Duty Judy" leaves off. If ya think that story's nuts wait til you read this one, and if you haven't read Screw #3 what the fuck are you waiting for? I'll even let you download it for FREE. It's in a CBZ format so it'll work in your fave comic reader. It's not the full printed version but dammit, it's a FREE 60 page comic.
Been posting pages and sketches and other nonsense on the 'Gram. Add me. 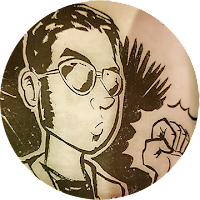