This past Saturday I had the pressurized pleasure of being apart of the first ever Comix Gauntlet, organized by the wonderful and hard-working women who organize Zine Fest Houston. The name of the game is to complete 7 pages in 7 hours and then have them compiled, printed up and displayed that night. The idea is similar to the 24 Hour Comic event format, albeit not as long. But just as intense! The minimum page size is 9x12 but I decided to make that much more work for myself and chopped it up on 10x15. Here's a look at the end result.


Ironically, the comic is named for the grueling task at hand. Don't worry if you can't read it from here, I'll post scans real soon. I've been very caught up with work here at home as well as a full-time J-O-B, I really didn't give too much thought to what I was gonna draw. Even up to the very day I packed my supplies, and then my sketchbook and some other pieces I may be able to draw a quick inspiration from. As I've been organizing my original comic and art archives I been finding loads of incomplete I ideas,sketches, and sequentials that I've stashed over the years. One of them was an extra copy of a 24 Hour Comic I did waaaay back in 2007. The time came to sit down and start hashing out comics and as pulled out supplies I pulled out this comic and figured I'd do a sequel. The first comic is very weird and almost random so I decided to put these characters in a new setting set 7 years after the 24 Hour Comic book story. The rest of it wrote itself. It had to. Like the 24 Hour Comic scripts and other preparation for the day's comic was forbidden. 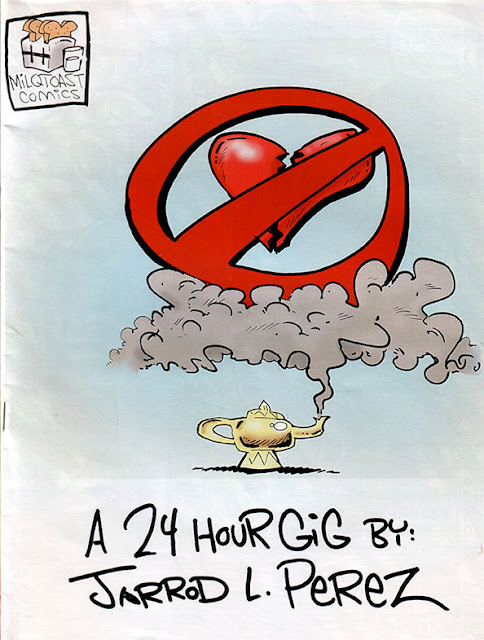 read and see more art from "Broken Hearts are for Assholes" Here.

And here's the ensemble cast of the 2015 Comix Gauntlet: 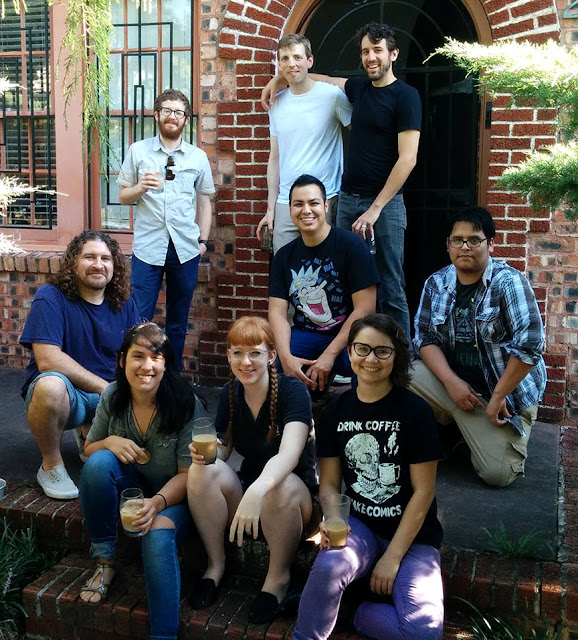 The names of people showcasing work, clockwise, 12 o'clock we have Alex Teich, Jason Poland, my squire Lenin Roman (came to soak up the energy and work as well even though he wasn't showcasing), Jessi Jordan, Sarah Welch, Maria-Elisa Heg, and Gabriel Martinez (who also helps with running of the venue Alabama Song), with yours truly smack dab in the center. We turned paper, ink, sweat and sheer brilliance, coffee and breakfast tacos into comics for you to enjoy. 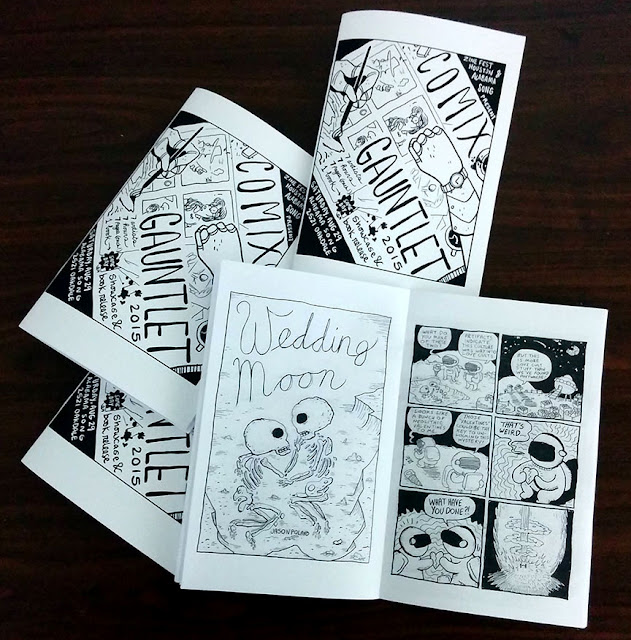 See ya at Zine Fest!