Because of the the show I haven't been doing much else. When I was keeping the gallery open on the weekdays I did set up a table in the window, complete with a light, and did drawings to see if I could spark the interest of anybody walking by. It worked a few times. I mainly just water-colored in my sketchbook, finishing sketches and pages I would have otherwise ignored or put off. The following is a bit of a glimpse of those selective pages. 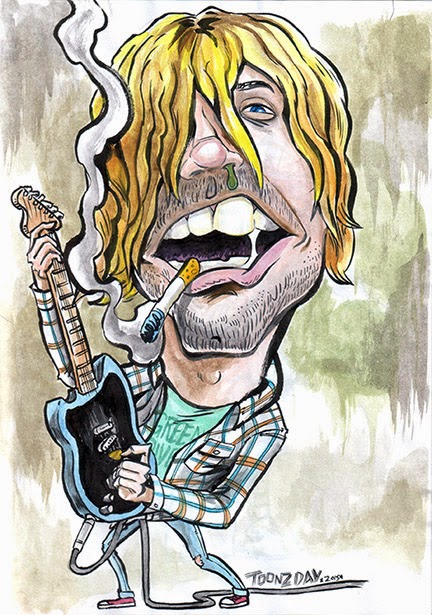 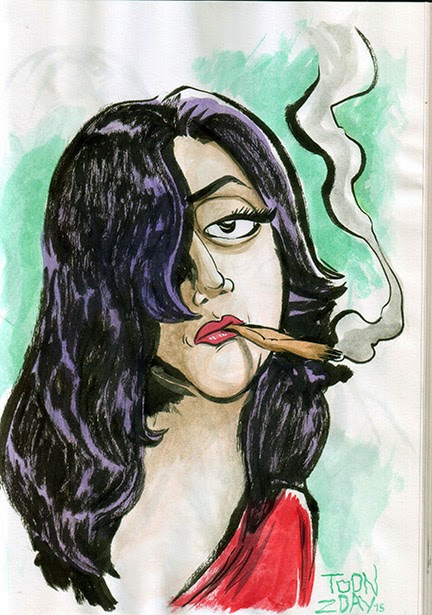 a Miss Cornpoppy sketch with a blunt in her mouth, entirely from my imagination. 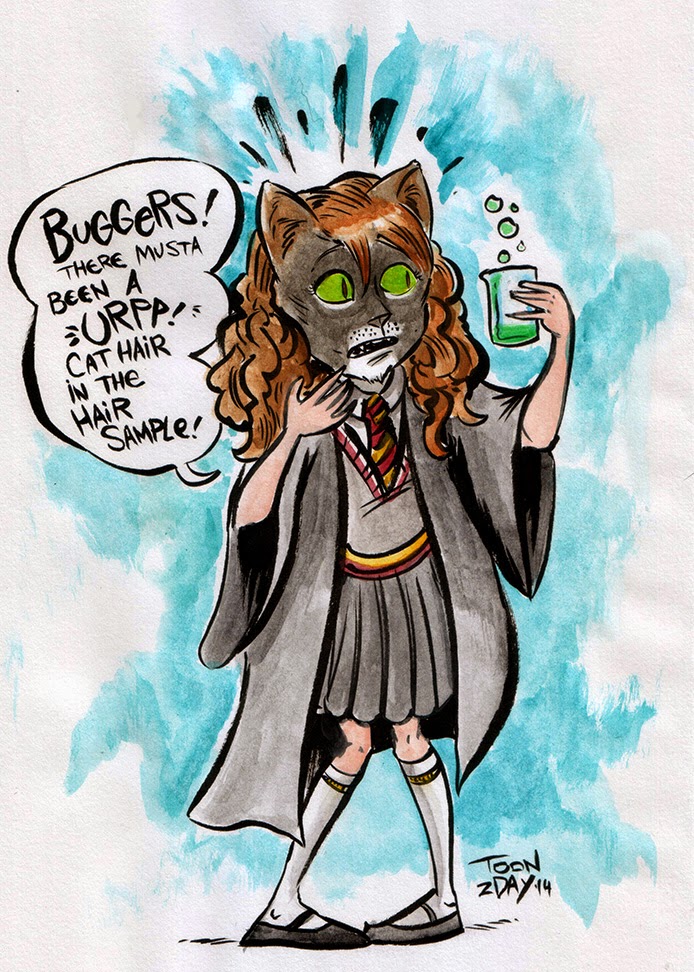 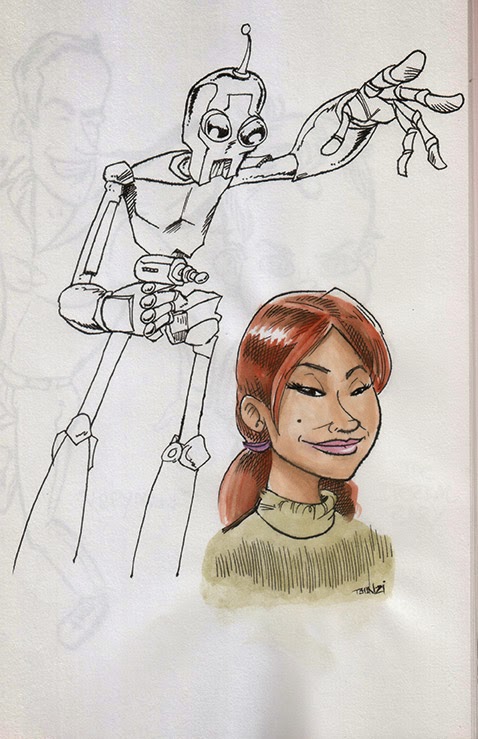 a robot and character color study. Thought worth sharing. 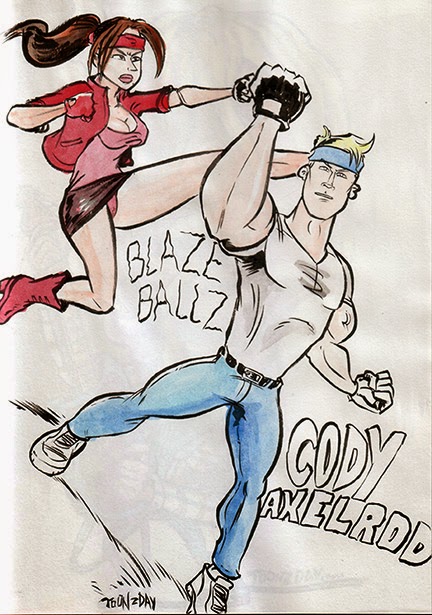 Characters from Streets of Rage. The white dude from Final Fight I get mixed up with this guy so I combined their names. 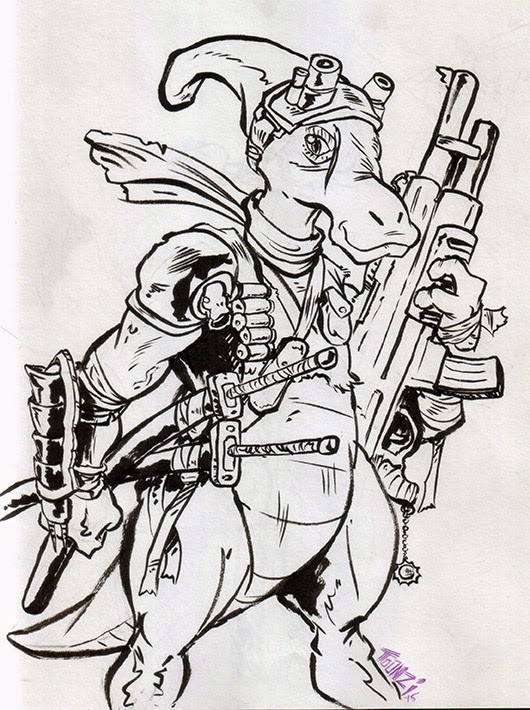 really cool anthropomorphic dinosaur warrior which I just may use in an upcoming comic title I'm developing. 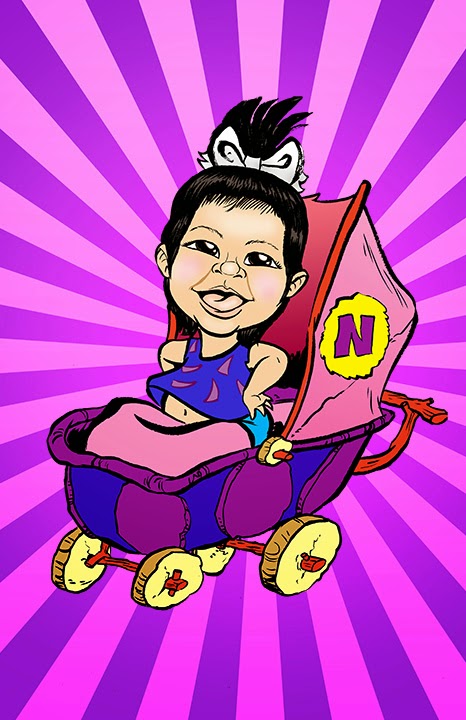 While I don't dislike drawing caricatures of babies, I do think they sometimes turn out looking kinda weird, mainly cuz (technically) it's setting out to look like a specific baby. Here's a commission I did for a friend's niece, to commemorate her first birthday. We were going for a Pebbles Flintstone look, I'm guessing it was the theme. They put up this lil' piece at the party.

Trust me, when I guet bizzy again, you'll know it.