As Screw Comics! #3 comes together like Voltron I had to throw in a comic about the creepy burglar. It's a story that's happened recently here in Houston, a young guy burglarized a home and just before he left he was staring at the baby in the crib for a minute or so. It was caught on tape and afterward everybody thought it was sooooo creepy. Granted it may be creepy but he didn't hurt the kid, and he left. As a deep thinker myself I had a different perspective on the event, and I drew it up in this comic, which is gonna make it in this issue. 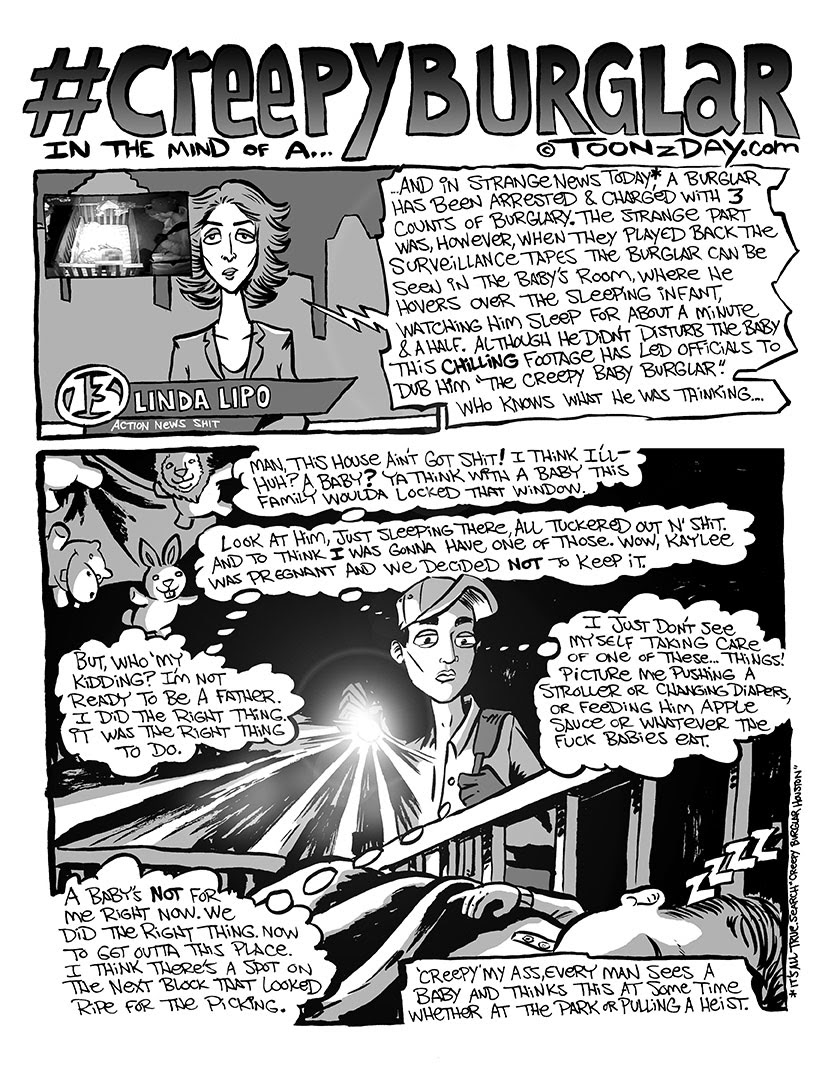 Also, I'm trying out some new paper so I drew this. 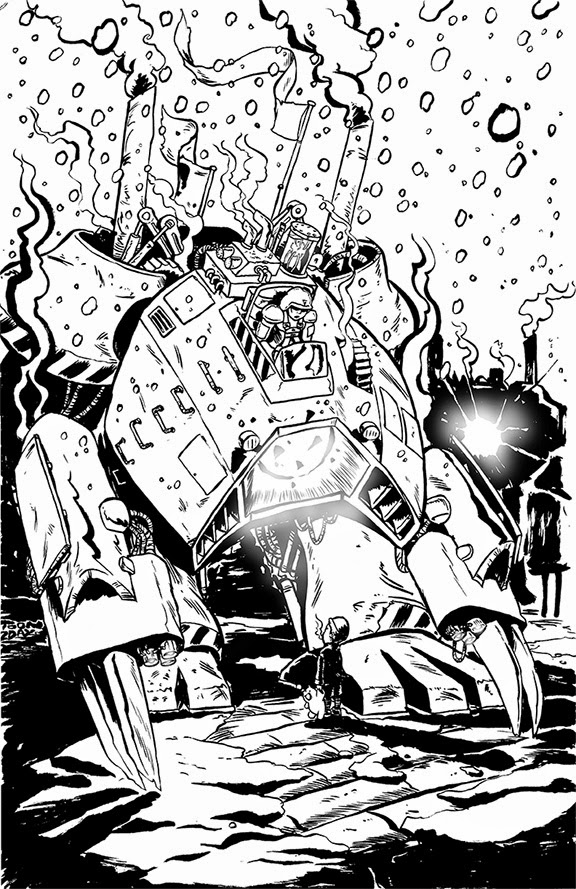 I wanted to draw something detailed so I whipped some Magitek armor, you know, of Final Fantasy lore.

The new book is almost done. Just gotta obtain some old layout files from an old burnt out computer to lay it out. Plus I gotta contact my printer and let them know it's coming. Moving along!
at November 23, 2014