Here's a commish I've been slaving over all week. It's carefully inked and the color is very meticulous. And it's based on one my favorite characters, Indiana Jones! Favorite scenes from Raiders of the Lost Ark to be exact. 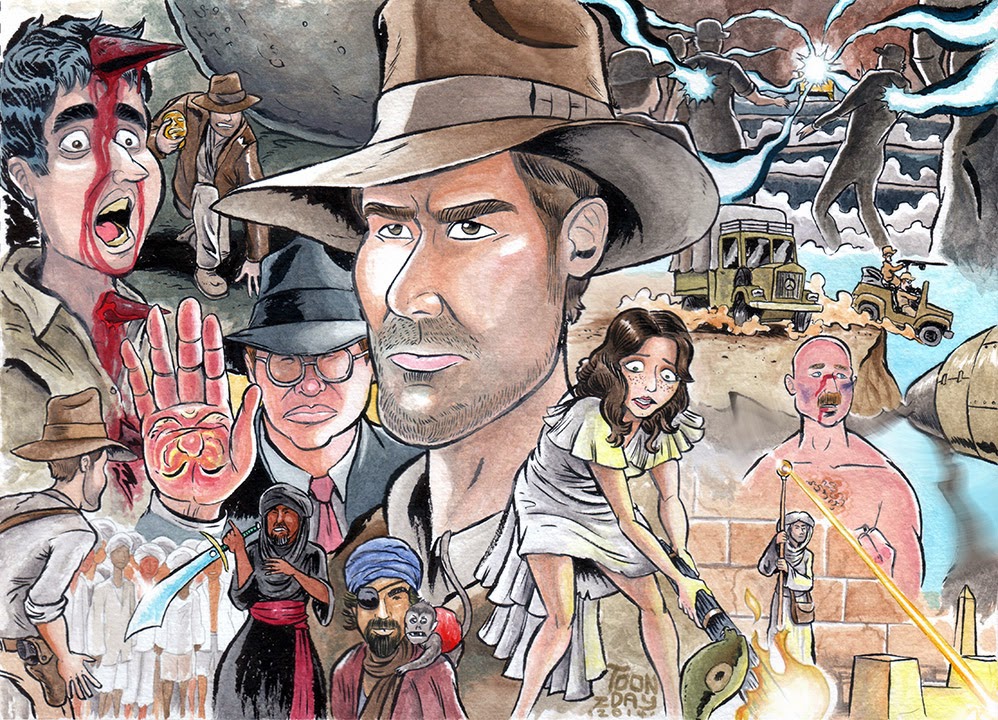 I wanted to shy away from the more obvious imagery from the movie, such as the melting faces. And that's it. Okay basically I wanted to not do the melting faces cuz that would be too easy. Or hard. Not sure, cuz it's such an iconic image. The impaled sidekick I made to look more like Alfred Molina cuz if you pause it it clearly doesn't look like him. Oh, and I love the scene where Indy is face to face with the swordsman. Here is a man who has honed his craft through the years, taking up a tradition that was passed down to him because his father was a swordsman, as his father before him. Well, he needed to feed his kids and some Nazi's tossed him a quick gig: Hack up this meddling American wearing this hat. Sounds easy enough right? I'm sure he taken up other sword-slashing gigs like that to pay the bills. What's one more? Except this guy with a hat has a gun, and he's got shit to do. BANG! Love that scene.
Anyway, I really enjoy how this piece turned out. The owner is gonna love it. He said he's gonna hang it next to a Jim Steranko piece, which is probably why I slaved over this piece like I did.

Here are some progress shots: 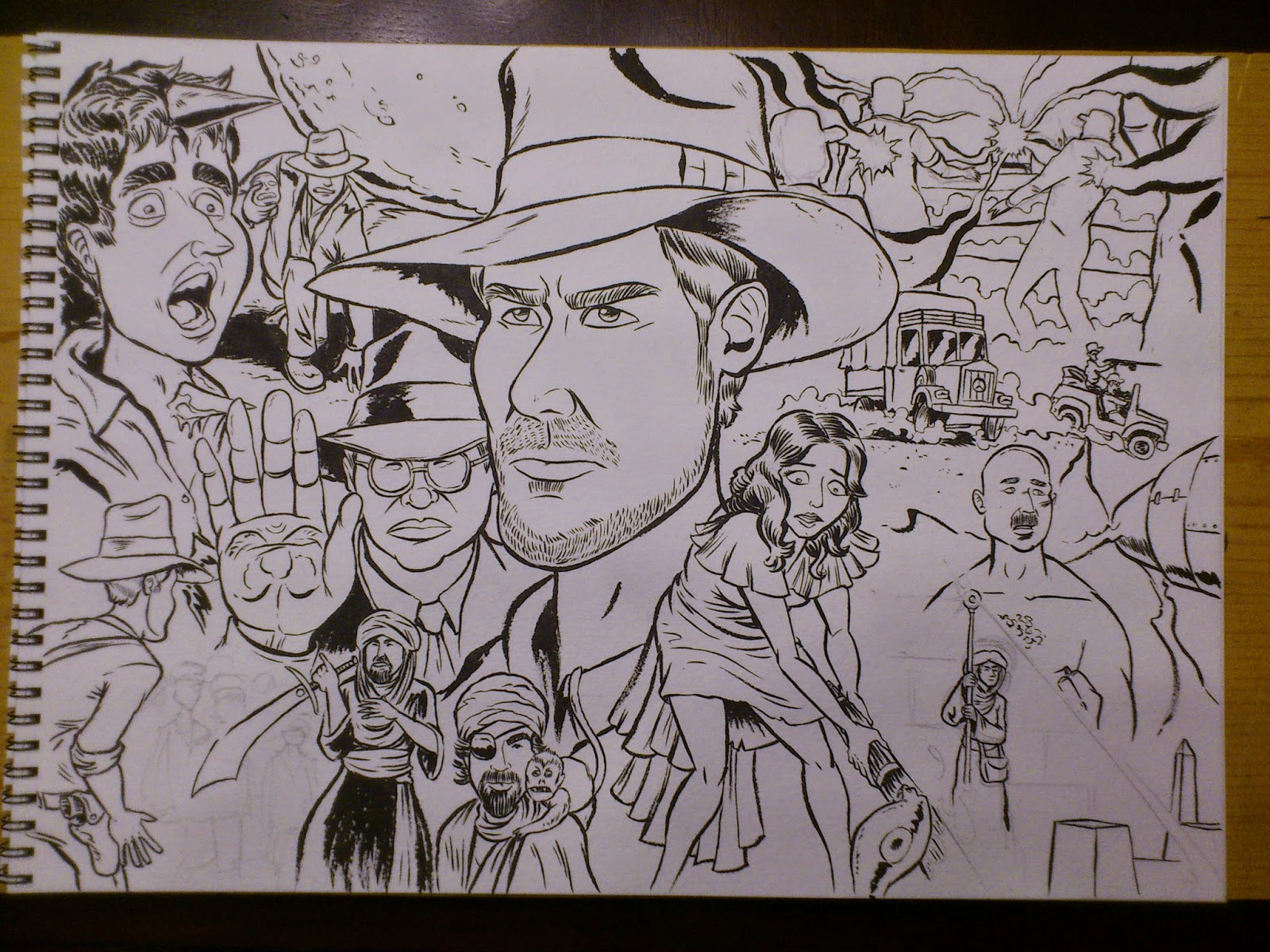 Just the inks, and some pencil. 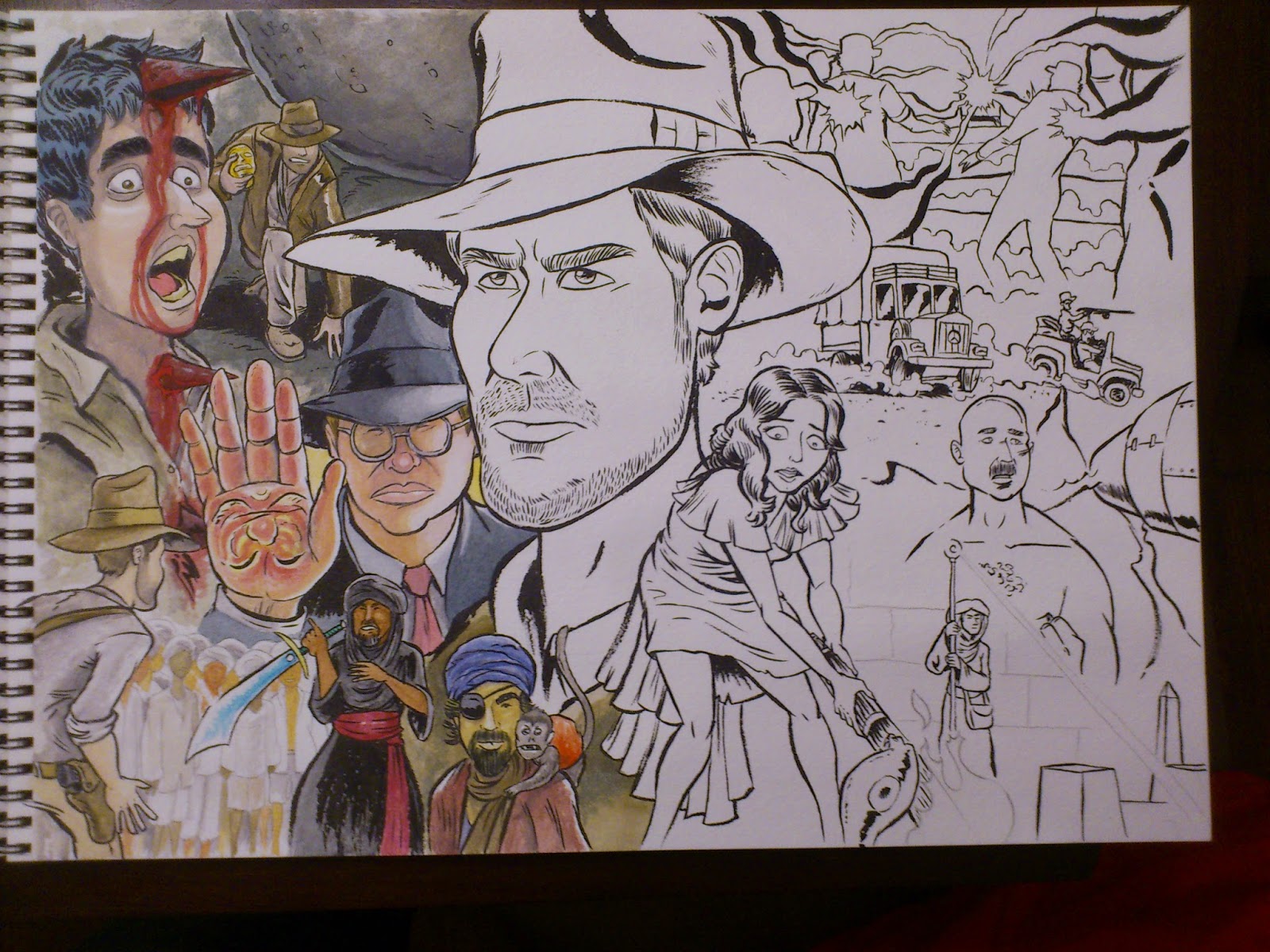 One side of the colors complete. 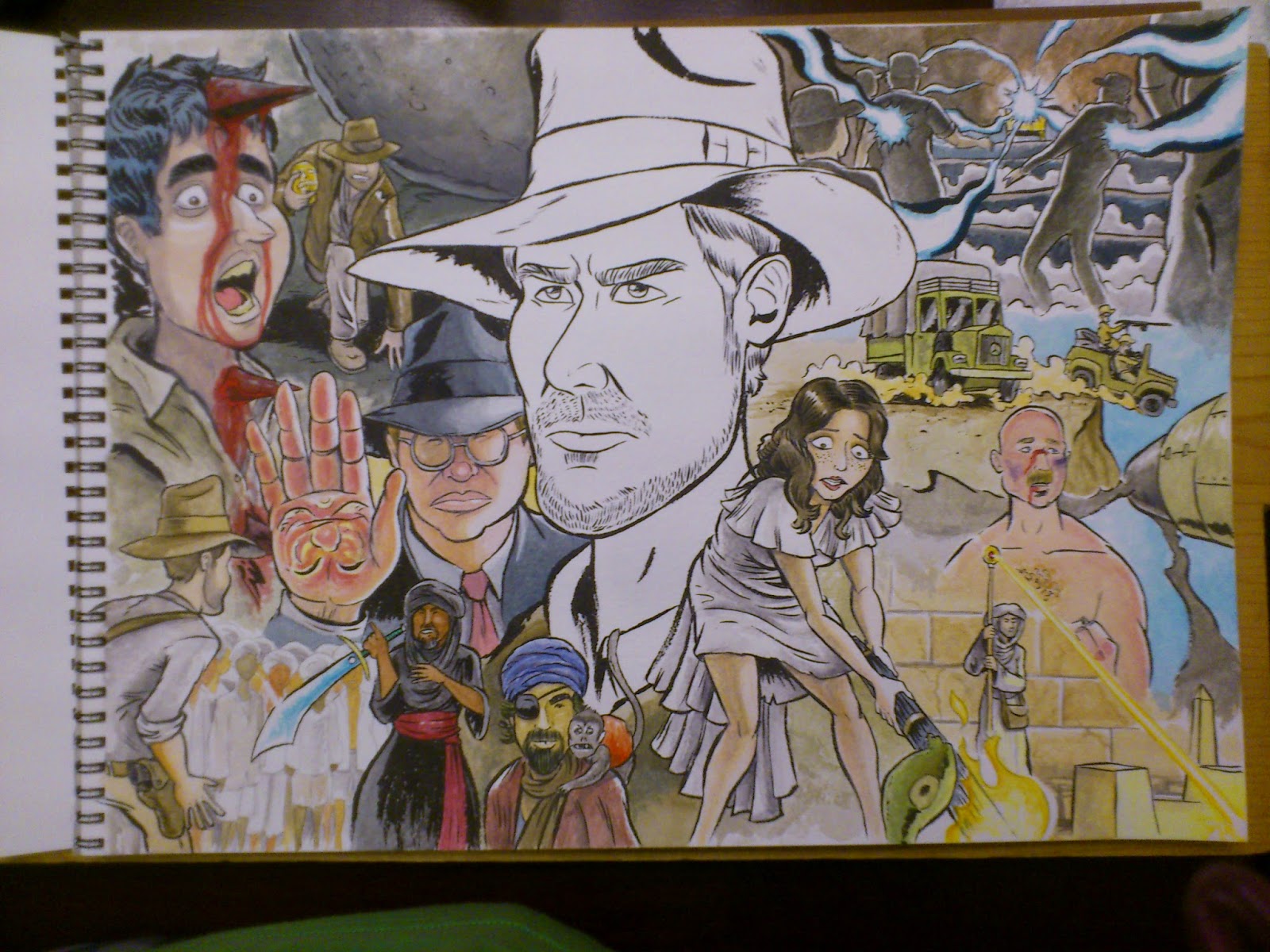 ...and then the other side.

And you  know how it ends, their faces melt.