The Stuff of Legends

Last two commissions of the week, both consisting of legendary people, both as Americans and in Black history. But Black History month was last month, even though it should be ongoing all year round. Anyway, this first piece is a retelling of that iconic image of Ella Fitzgerald singing in the booth with Louie Armstrong. 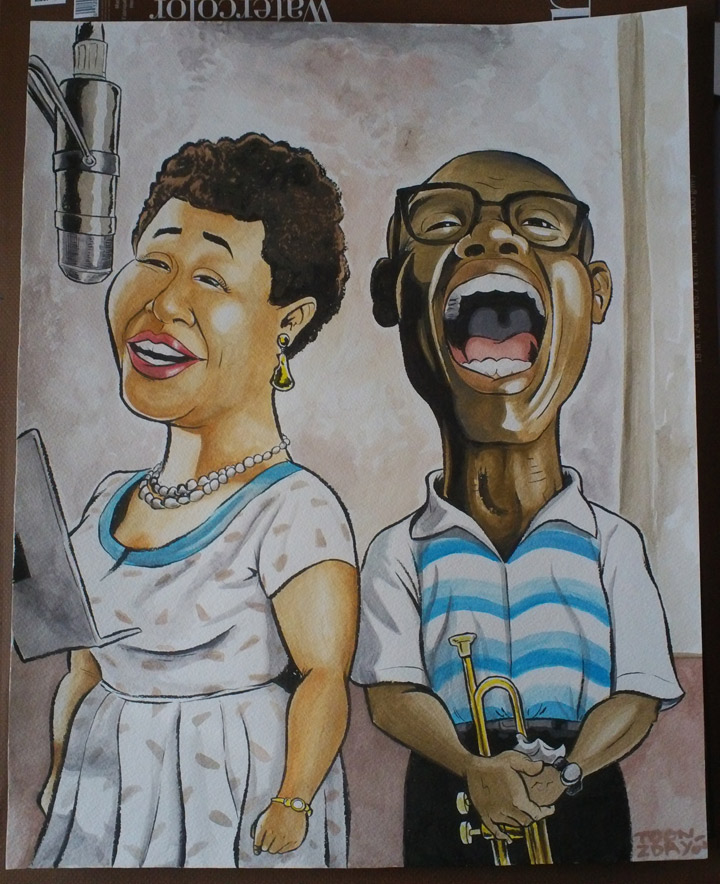 This next piece features 3 legendary retired boxers. Originally the aim was for a more comic book approach, possibly with superhero outfits and what not. But, I thought about it and I thought how different it would be to relate them to the characters from the classic side-scrolling brawlers Streets of Rage/Final Fight. I'm a fan of those games and I saw it fitting to dress them up to take to the streets and clean up the scum of the city. 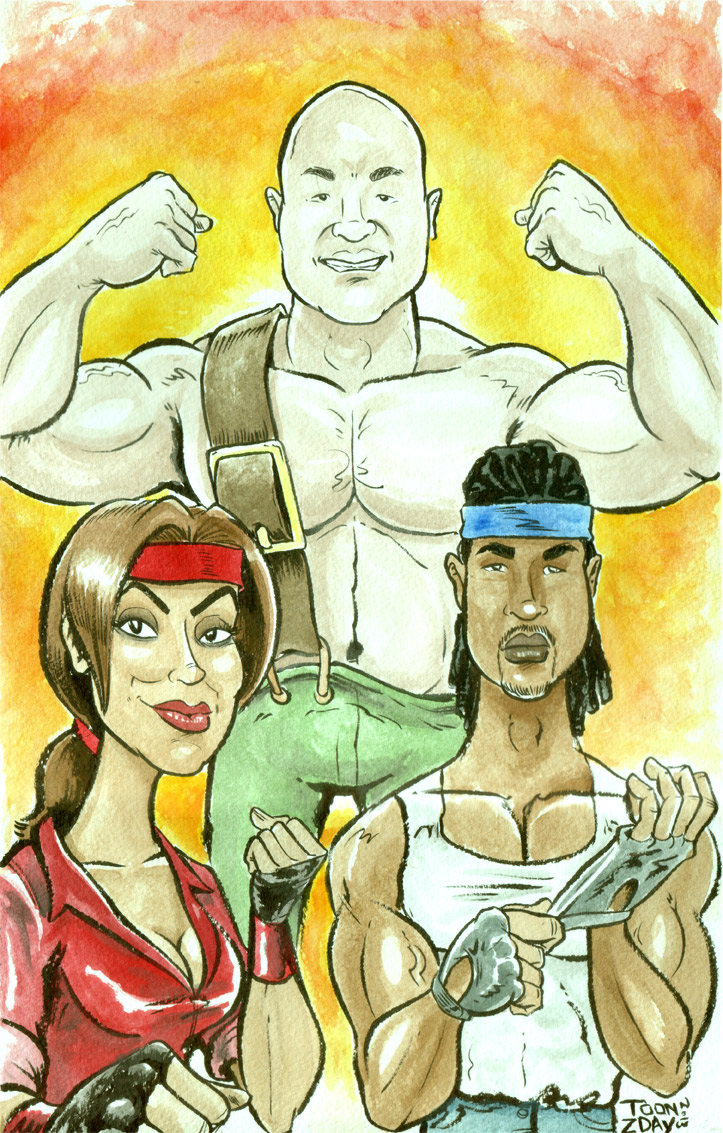 10x16 on watercolor paper.
At the time of scanning my scanner wasn't picking up the color correctly. Imagine the white in the image coming out as a light blue. Yeah, it was a nightmare having to readjust the colors. Okay, maybe not a nightmare, but it's annoying when the technology doesn't do what's supposed to.

In other news, I made an important connection so I expect more work coming down the pipeline starting next week. High profile stuff. watch and see!

Email ThisBlogThis!Share to TwitterShare to FacebookShare to Pinterest
Labels: illustrations