Once again, throwing down some art for Jerry Carrillo. I've been sitting on this one for a week or two, waiting on the perfect time to post and today is that day. My boy Jerry hooked up a show at the one-and-only House of Blues, slated for this week actually, the 16th, and so we needed to come up with something on the fly. And make it more universal in theme cuz the audience is a bit broader, pretty much turn down the ghetto themes a notch. Jerry kept mentioning the notion of wrecking it so I drew him literally towering over the HoB and swinging a mic into it like a wrecking ball. And it worked out also on another level. Turns out his character has done this before, swinging a mic into a brick wall for the 'Breaking In' show, our first flyer/poster we worked on together. Spotlights, wrecking-ball mic, and the character is even rocking flip-flops. 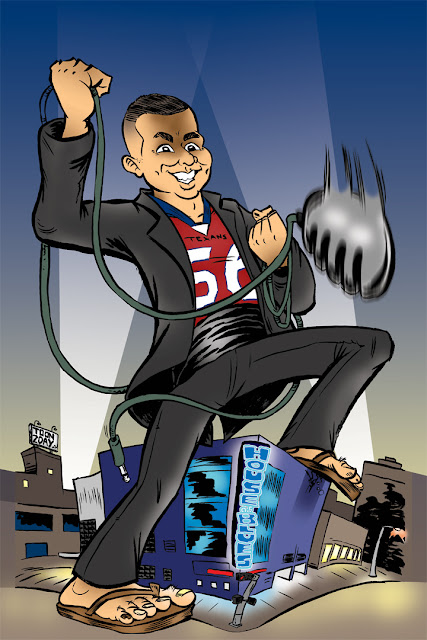 How's your October so far?