I thought I'd squeeze one more post into this month before it runs out on me. After that I'm jettin' to an island paradise with the fam to kick it in the sun for a week.
The first is a preliminary sketch for a new t-shirt design for my Certified Barber homie. Although we're taking the idea into a new direction we still have this one on hold for future use. I threw this up on Twitta last week, and if ya follow ya already know. And if ya don't follow, then yer probably using twitta wrong. 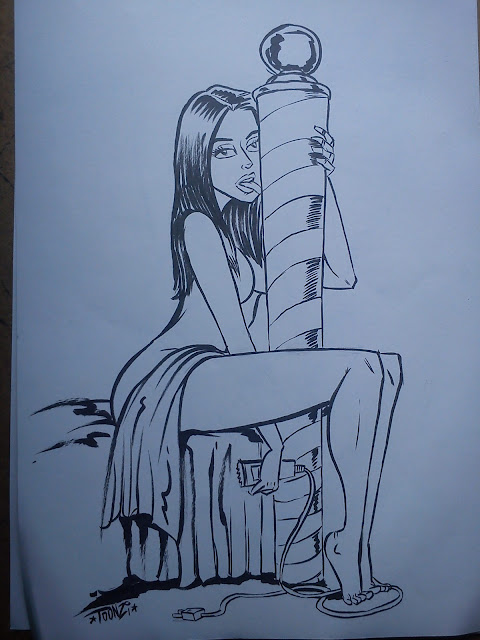 ah yeah, how sexy is that?

This next one is a quick commish that came in some weeks ago, and I knocked it out as quickly as it came. He gotta deal on the price, too. Basically, it's an anime caricature of the birthday boy to be unveiled to him at his party as a present. Hmmm, anime. I don't really draw anime. It's just big eyes, sharp nose, and a small mouth. But, if your character's black then all those characteristics are moot. So, I just drew him like how I draw any character, really, threw him in traditional anime and manga garb, and just enlarged his pupils as the finishing touch. 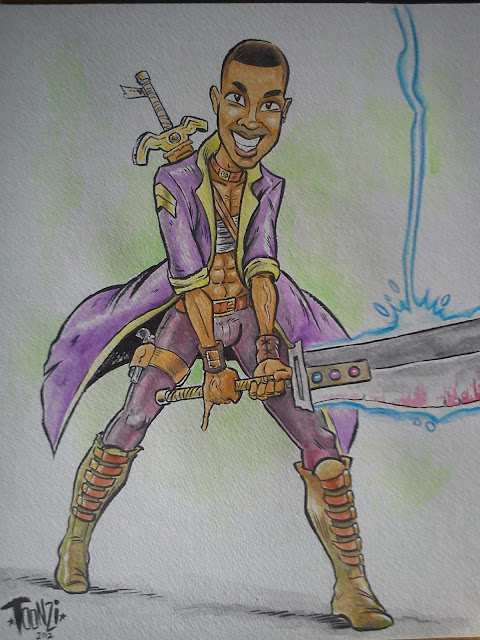 And that made for a very prosperous July. Coming up soon, as soon as I finish the colors, more sequentials!