Rocked Comicpalooza this past weekend. It reminded me of the the potential of human interaction with artist and media together outside of the cheesy gallery setting.
I love Comicpalooza. Been down since day one, and it's amazing to see how fast this grass-roots show grew from a gathering at a movie premier to a very-real contender with the likes of Wizard World. And I anticipate it's gonna only get bigger and better. Mad props to John Simmons and the crew for holding it down, I imagine it's not an easy job.

Hitting the road today to see how my friend's living in America's wang (Florida). This year's crop of con sketches are cool, but some of the more interesting concepts I forgot to take pix of, such as these two long hair metal-dude friends that wanted me to draw them battling Eddie the head as a challenge, or Obi Wan Kenobi, or picture of this couple as robots, one fixing the other. Not as weird as Dirk though, someone paid him to draw a crucified Jesus being pierced by Darth Vader and his lightsaber a la Spear of Destiny. Shh!
And with that, let's look at some con sketches! 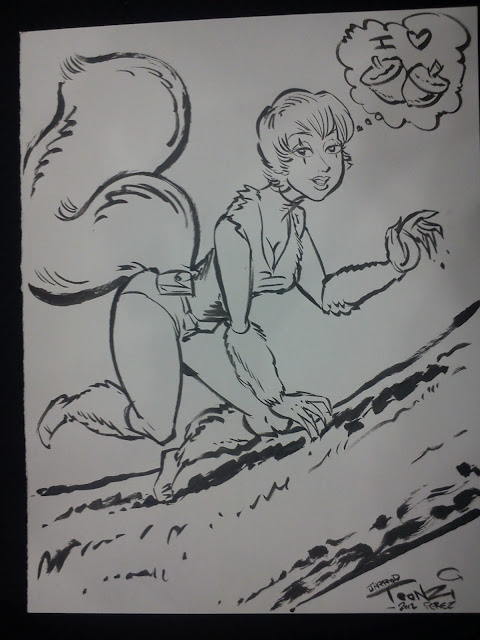 a cool Squirrel Girl. Yes, that's right. Squirrel Girl. She has the power to rock furry boots without being tacky, mentally control squirrels, and gobble up nuts without her hands or choking (what?).
Look her up. 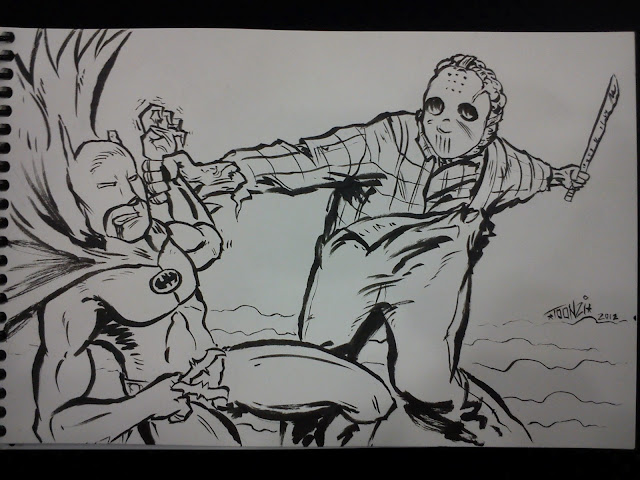 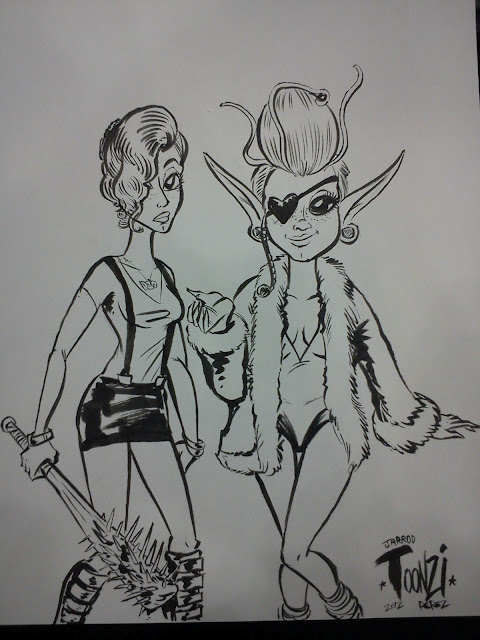 some original characters, one is an angsty, zombie-killing teen, the other a furcoat-rocking gnome. 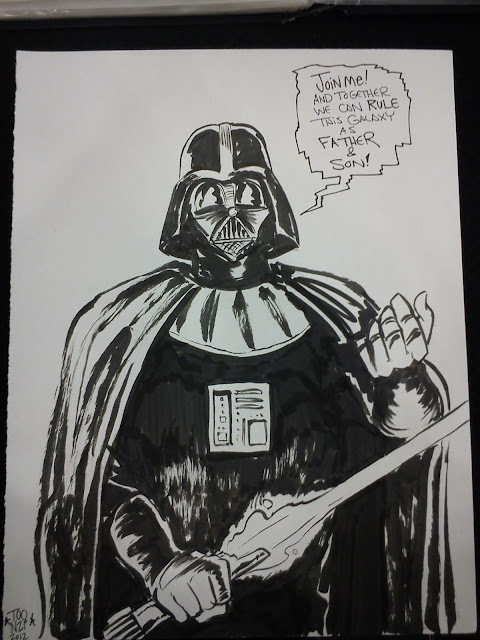 and of course, a sick-ass Darth Vader. 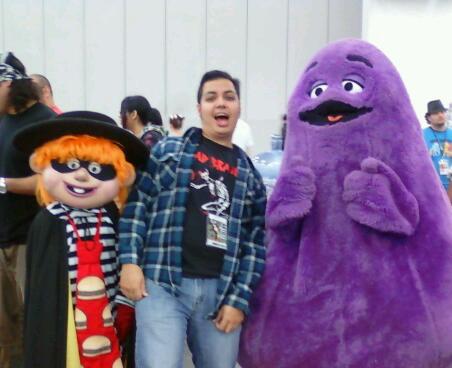 Nothing can kill the Grimace.

I'm going away for two weeks. See ya.