Hit the Dallas Sci-Fi Expo with Dirk this past weekend. Ate amazing chili. Purchased Wonder Woman's panties. The usual weekend Con hoopla. Did some sketches posted up as Dirk's assistant. It's crazy cuz I make just as much money helping him as I do working my own table. Go figure!
The following sketches I did for a 15-year-old comic writer; his original characters. Essentially, they're suited-up G-men with supernatural powers. 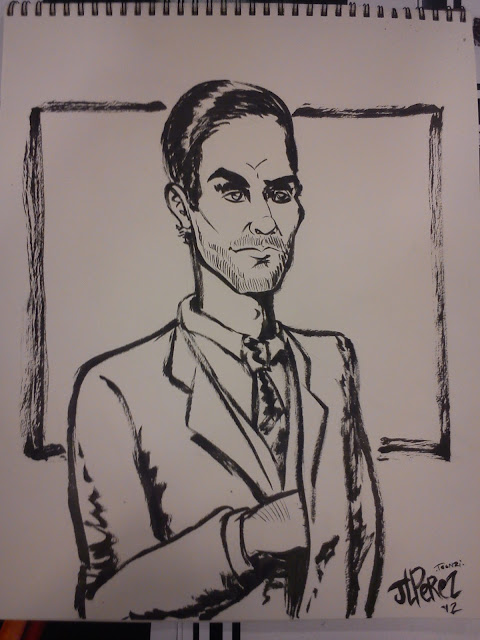 with Michael Fassbender as a model.

with one of the dude's from Prison Break as a model, I forget his name. The one that gets his hand cut off, I'm told. 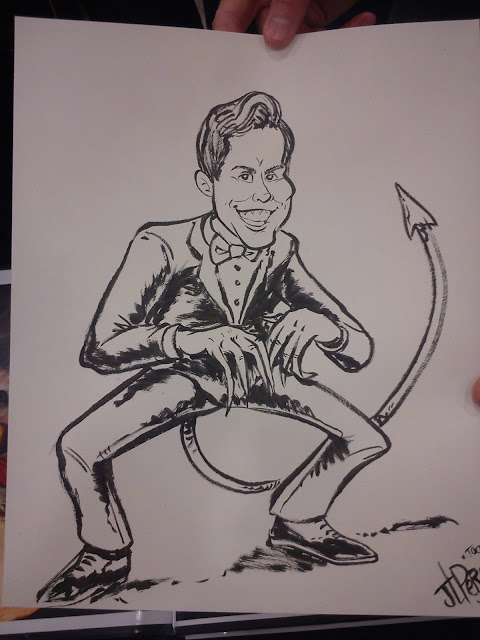 this one is modeled after Jim Carrey.

Fun show. I'll probably slide thru in May for the Dallas Comic-Con. See ya then!