Soak Up Some Rays

Hey folks! I'm back with more sequential goodies! As I delve into the comic archives of my old site, in an effort to bring new readers up to speed, I've rediscovered another title worthy of a retrospective. Sunnyland started out as a strip in the University of Houston paper when I was a student there, and ran for about 6 semesters. Originally, the concept was the misadventures of the roommates who also work together as caricature artists at a boardwalk attraction in the fictional city of Sunnyland.
Rob, tall and constantly wearing sunglasses, is the chain-smoking, drug-addled alcoholic who represented a more free-spirited approach to situations. Arnie, short and stumpy with his hair slicked back, represented the more rational side to what was going on. Throughout six semesters, these characters along with many other supporting ones graced the pages of the Daily Cougar 5 days a week, getting into adventures including (but not limited to) chasing leprechauns, riding out storms, going to rehab, drinking mysterious potions that made you gigantic, and just commenting on a lot of the silly stuff going on in the world at the time. Sunnyland also gave a home to many other characters I had previously written about in the issues of Chingazo (my comic zine) and presented ways for me to incorporate them in a new setting.
Sadly, at the dawn of MY last semester as a student Sunnyland was cut from the paper when a change in editors took place, and I didn't "reapply". As a result I didn't give Sunnyland a proper send-off to the UH audience. But I did continue to draw the strip for my own site, complete with themes and language I couldn't previously use. Here we go into the archive of post-Daily Cougar Sunnyland. Enjoy! 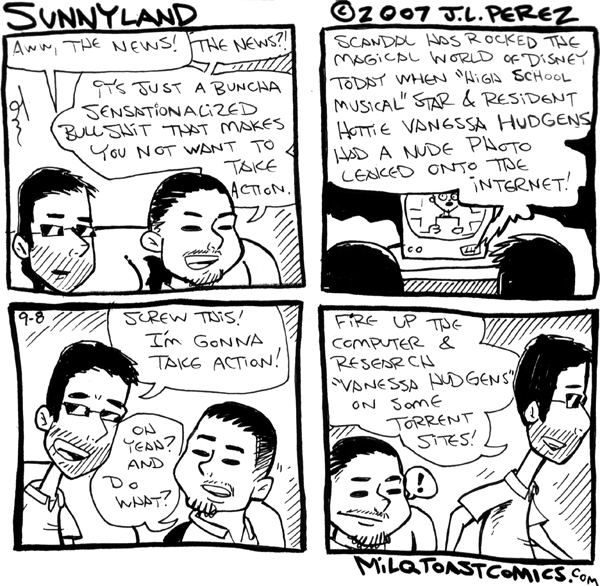 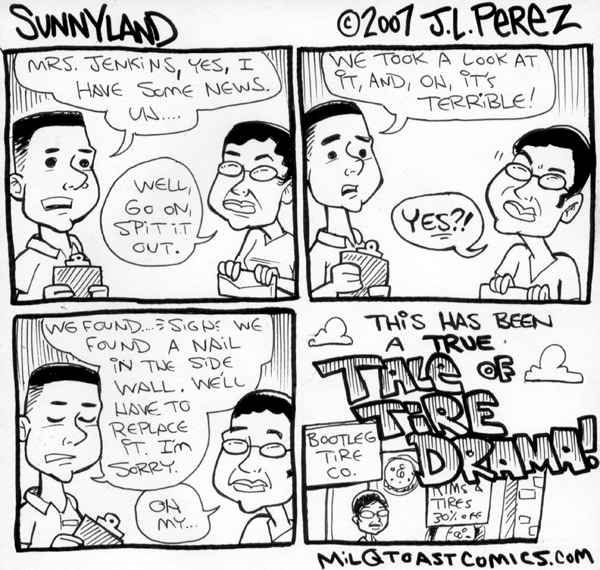 This one features Juju and Hambone, regular characters in my Chingazo series, and friends of Rob and Arn. 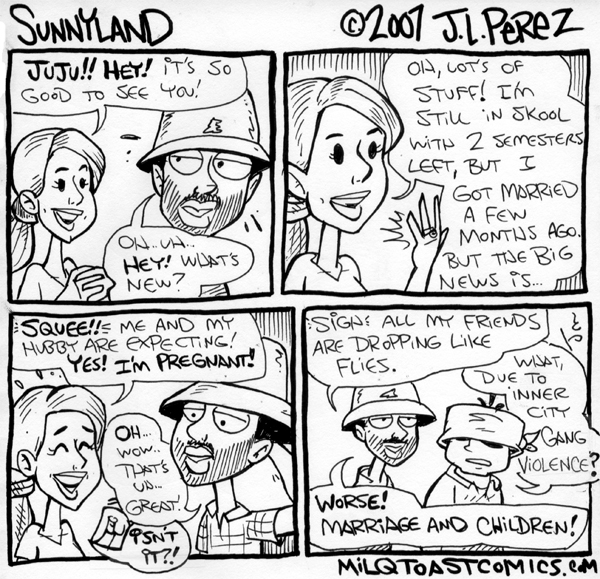 It's fun to use your comic strip to act out behavior you probably wouldn't do in real-life situations. 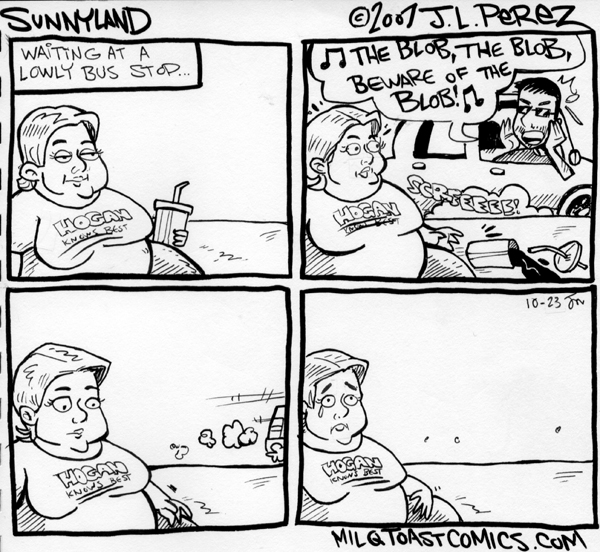 At one point Rob went to rehab. There he met Shelly, an ex-heroine addict and they hit it off ever since. Shelly's cool in that the addition of her character now allowed me to narrate and comment on my own relationships in real-life. 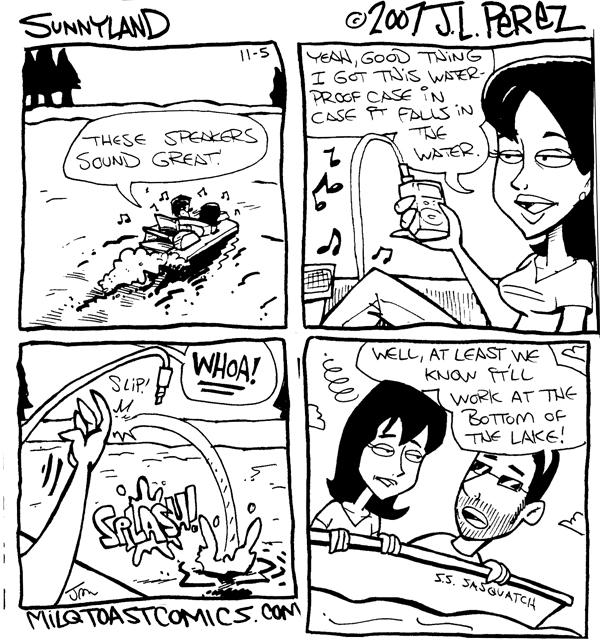 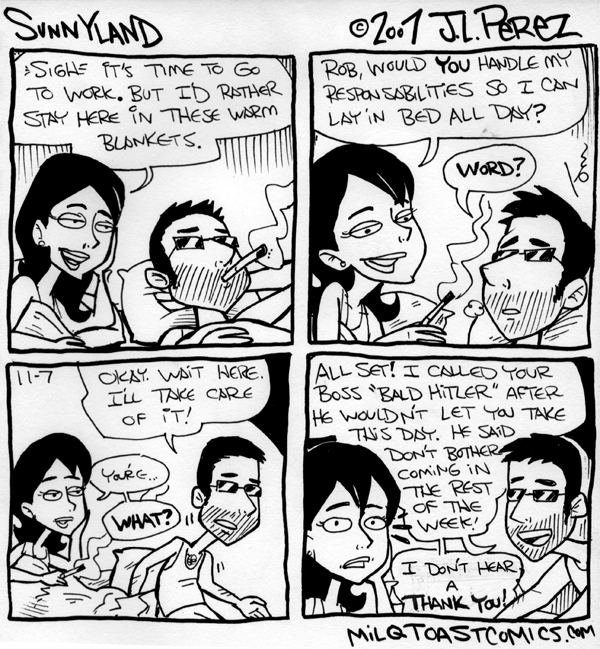