The latest on Jobless Jake - His Trial! Now, of all the types of debt one can accumulate, student loan debt is the ONLY type that stays with you 'til the ends of the earth, even after declaring bankruptcy. But if you never manage to find a job they can't garnish wages. When I wrote and drew this I was wondering what they would do if you couldn't pay 'em off; would they come take your stuff like the IRS? Or would they throw you in jail and you pay with your time, like the local law enforcement system? With so many people in similar situations like Jake why hasn't a Student Loan Bailout been a topic of discussion among our government officials? I'm not an economist or anything (it's obvious right?), but wouldn't it stimulate some economic activity if we helped out this new generation of graduates struggling with this type of debt? Seems like if they didn't have this burden to deal with they can move on with their lives and spend that pizza delivery money elsewhere, and get some shit moving. In a country where we (taxpayers) bailout corporate fat-cats who then take a chunk of that money and blow it on a crazy weekend, it would seem to make sense to drop the people's money on the people to help out the people directly. But then that raises more debates, such as 'why are we paying for their college?' etc. etc. And, let's face it. Government officials and representatives don't have student loans to pay back, so how would they benefit from a Student Loan Bailout? Okay, comic time! 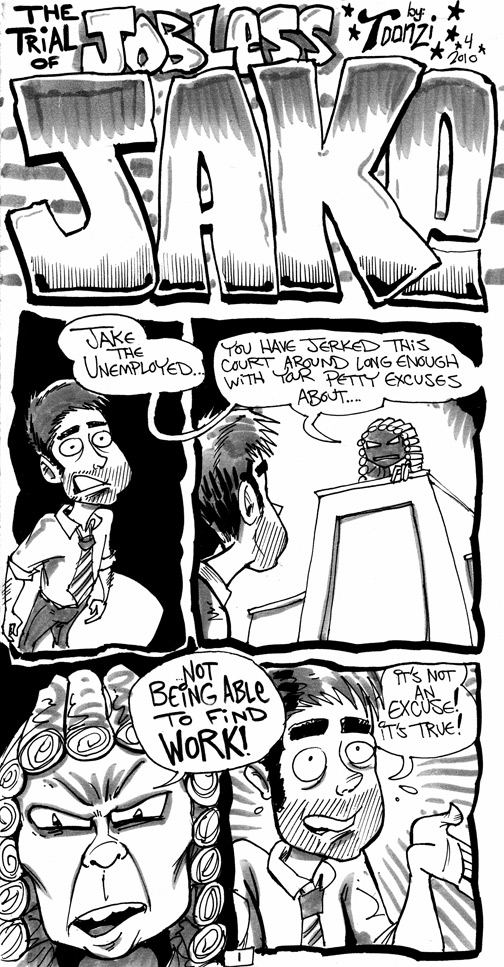 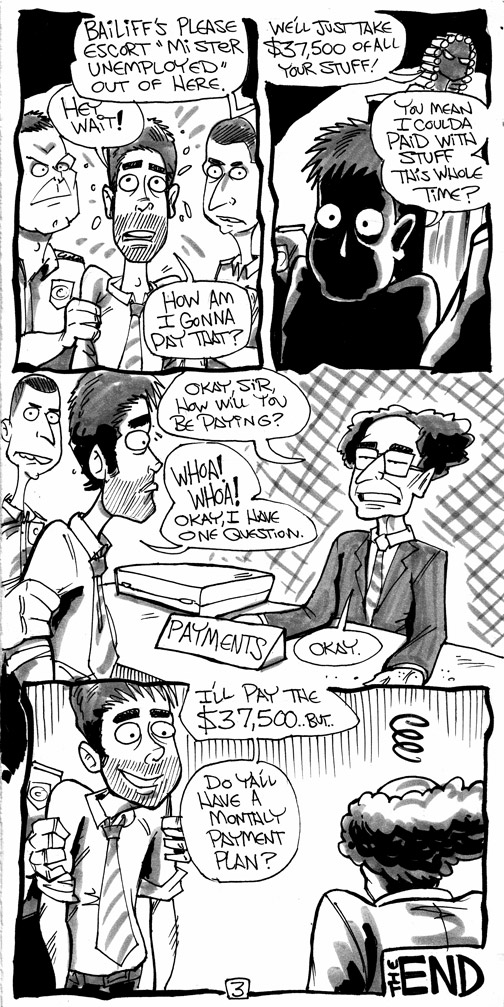