Greetings! I hope everybody had their fill of stuffing and other heavy foods. It's now time to proceed to that lovely season where we brave the hustle and bustle of the shopping season and, well, more eating and drinking of heavy foods. In the meantime 2016 continues to kick our asses.
Yup, and the hot topic on everybody's minds, whether you like it or you're just sick of it, we have a new president! It's almost been a month since the election has been over and I guess this joke is really starting to sick in. Sorry folks, nobody's gonna come from around the corner and be like "Psssh, SIIIKE! You're on candid camera, man!" This shit is here to stay. And without making a whole post about it, yeah it sucks but it is what it is. I guess the part I'm excited about is the possible wake-up call for us Americans to take a good honest look at ourselves. Only then can we stand up to make the changes and progress necessary to make the world a better place.
Now here's what I did this month.

Every now and then I'll check in to see what the prompt is on #Sketch_Dailies and if it's interesting and I have a sec I'll take a crack at it and whip something up. This time around it was She-Ra, Princess of Power. Come to think of it I've always known about She-Ra but I've never drawn her. At all. My lil' sister had her action figure, as a counterpart to my He-Man figures. But, I've never drawn her...until now. 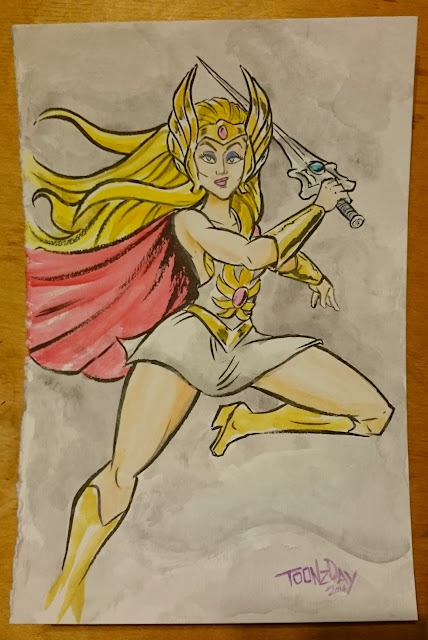 She-Ra, Princess of Power, in a standard action pose. 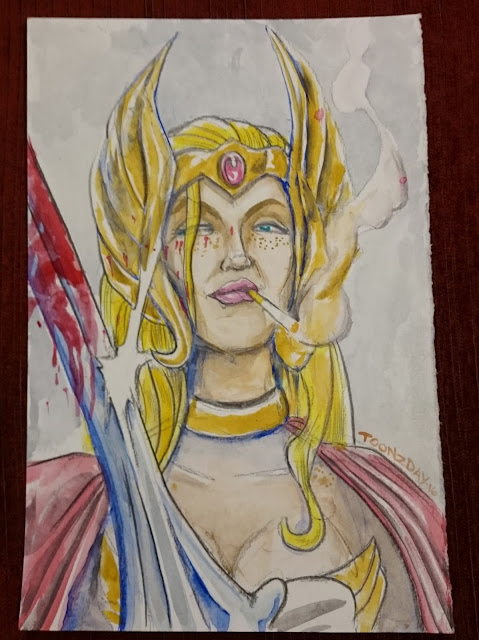 She-Ra, Princess of Power, having a cigarette after kicking the shit out of evil.

Earlier this month I came up on a 11x14 watercolor pad in a clearance bin. I've since started drawings in it and I dared myself to fill it cover to cover every page with a watercolor piece on it. The following pages are each a page in this new book. The first piece is the new banner my website right here. 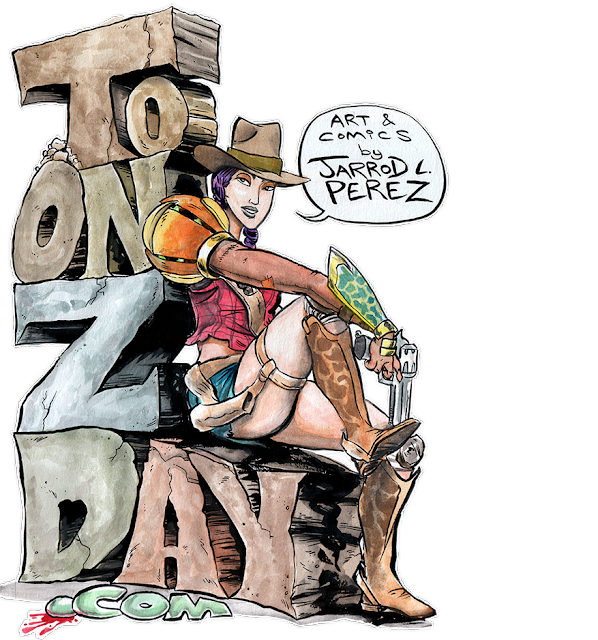 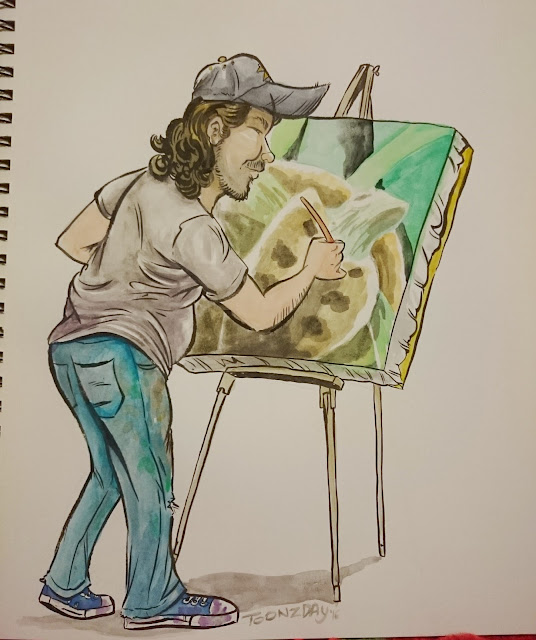 a drawing of my friend Chris as he painted. 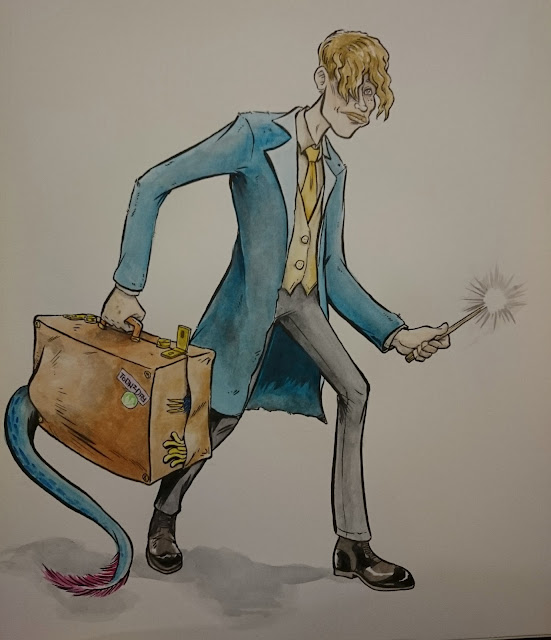 Newt Scamander, author and star of Fantastic Beasts and Where to Find Them. 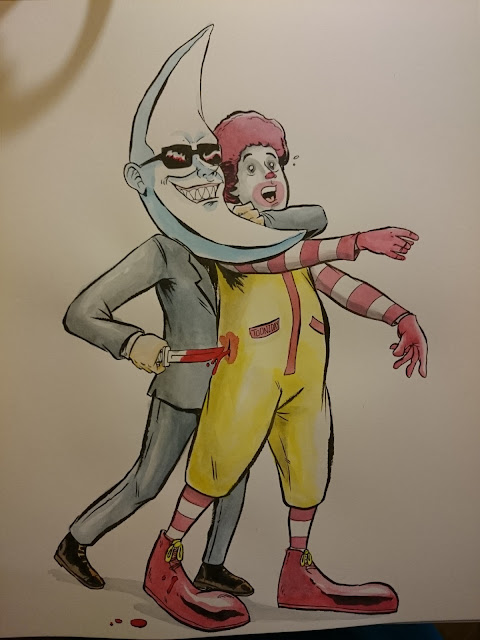 The Return of Mac the Knife.
Upon hearing the song again and relishing how dark it is for such an energetic jazz standard I couldn't help being reminded of that old McDonald's ad campaign "Mac Tonight." Not only did their names sound similar, the mascot played a piano (with mannerisms similar to Ray Charles) to the tune of something that sounded kinda like "Mack the Knife." So I went ahead and drew Mac Tonight as Mack the Knife, doing what Mack the Knife is famous for. While it was such a while back when the campaign came out Mac Tonight is not at all forgotten about today. He lives on in a vapor wave video, his ad campaign is having a resurgence in Asia, and  hilariously enough he's the image part of the Moon Man meme, where a moon-faced man uses his text-to-speech voice to cover rap songs in a racist, parodic manner.
Working on updating this page for more user-friendliness, and I have some other store fronts in the works as well. Gonna pop out into 2017 with new merch and ways to buy it. Onward. 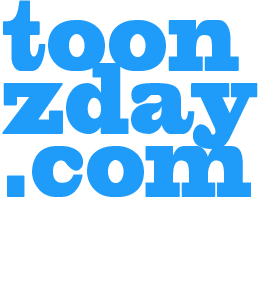